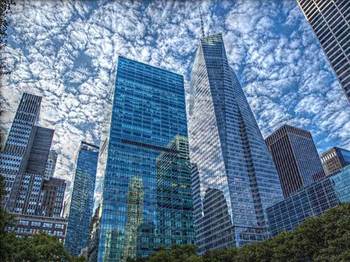 Australia's banks are booting fintechs, particularly those dealing in cryptocurrency, "without adequate consideration and without clear reasons", a senate committee has found.

The issue - known as "debanking" - emerged in part due to a lack of confidence among banks in servicing cryptocurrency businesses while staying within existing risk tolerances and meeting stringent regulatory requirements.

Debanking has been widely discussed throughout the inquiry with Westpac stating in a submission it declined or stopped the banking services of eight fintechs after deeming them to be too risky.

NAB has also made “decisions to exit the banking relationship with a fintech” based on its risk appetite.

A senate committee examining the issue has suggested [pdf] establishing a "due diligence scheme" by June 2022 to mitigate risks that banks see in servicing cryptocurrency businesses and fintechs that deal in "digital assets".

It also recommended developing "a clear process for businesses that have been de-banked", offering recourse via a complaints process through the Australian Financial Complaints Authority.

The committee said it was “concerned to hear about the debanking of fintech businesses” stating “debanking affects not only the business itself” but “individuals and their families as well as customers.”

The report noted the stress that debanking places on a business to find alternative financial services and the impact public knowledge of debanking could have on a brand's image.

“Debanking may also push businesses and consumers to engage with less regulated or unregulated channels which are not subject to [anti-money laundering and counter-terrorism] AML/CTF laws,” the committee said.

The committee added that it was worried that the threat of debanking could stifle innovation and the development of digital asset-based fintechs in Australia.

However, it recognised that while the broader digital assets and cryptocurrency markets remained only lightly regulated in Australia that banks could point to that as a source of uncertainty - and potentially as a reason not to engage with businesses operating in this space, or to withdraw services.

The committee said it could not force banks to take on these businesses but that a "clearer regulatory framework will provide banks confidence in dealing with crypto businesses" and may ease concerns.