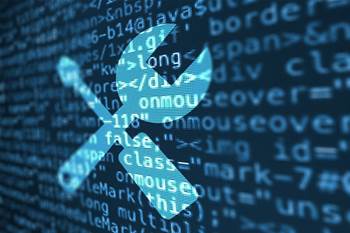 "Tactical solutions" now expected by the end of July 2022.

Australian banks have been given another three months to prepare their IT systems to deal with the prospect of zero or negative interest rates after the industry's association aired concerns.

The Australian Prudential Regulation Authority (APRA) has been consulting with the banks since December regarding preparedness for a further fall in rates, despite noting that is unlikely.

The authority considers the “risks arising from an authorised deposit-taking institution’s lack of preparedness… to be material” and could have “significant implications” on IT systems, among other areas.

In July, it proposed giving deposit-taking institutions (ADIs) until the end of April 2022 to develop “tactical solutions”, or short-term fixes involving workarounds and overrides, for all products and activities.

But the Australian Banking Association in its submission to the consultation [pdf] said the timeframe “may be insufficient” and recommended a “flexible manner from a timing and product perspective”.

It pointed to the “impact that these solutions would have to ADI core banking systems” and other processes, as well as the “broader regulatory change agenda” facing banks over the next 12 months.

In a separate submission [pdf], Beyond Bank said it has previously indicated that updating IT systems to accommodate negative interest rates would take between six and nine months.

It also suggested that making the necessary system changes and having the calculation reviewed and validated by an actuary would come at a “significant cost”.

Regional Australia Bank in its submission [pdf] said changes to its Ultradata core banking system would require a “staged approach”, though this would be possible by the end of April 2022.

A further 10 submissions are yet to be published.

In response to feedback, APRA has now extended the timeframe for the development of tactical solution to the end of July 2022 in recognition of the “low likelihood” of rates falling in near term.

The agency expects that ADIs will then be “able to implement the solution within three months, if required”.

APRA has also now excluded “customer accounts… with an aggregate deposit balance of less than $10 million” in response to feedback that tactical solutions would “increase operational risk”.