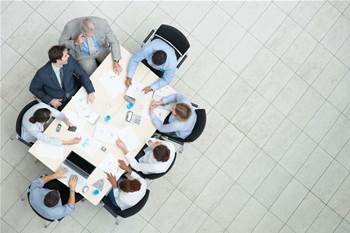 In December 2008, University of Melbourne academics published a research paper that described CIOs as either a “trusted senior executive leader” or “chief technology mechanic”.

Co-author Peter Seddon told iTnews last week that CIO roles tended to depend on whether the business was fighting for survival, maintaining competitiveness, or attempting to break away from their peers.

The latter category was where trusted senior executive leaders came in, with big projects and bigger dreams.

“When there are massive IT projects going on, everybody [in the team] has fun,” Seddon said. “As the CIO role changes, the nature of work going on in the organisation changes.”

Forrester’s Sheedy said some of the more established Australian chief information officers would only agree to join an organisation where they would have the capacity to transform the business.

But while it made sense for some CIOs to sit on the board, as is the case with CommBank’s Harte, Sheedy said there were others who preferred to sit behind the senior management team.

“Every organisation is looking for someone different,” he said. “Someone who is a business transformer who wants to drive IT to all new areas would be wasted on certain government departments or certain businesses.

“As a CIO I think it’s up to you to work out what you’re good at.

“Technology should be fused into the business strategy; business leaders should be thinking about how technology can improve what they’re doing and it’s IT’s job to help them understand what that is.”

Peter Noblet, senior regional director of recruiter Hays IT said CIO reporting lines did not necessarily limit the remit of the CIO and his or her team, arguing that all the big four banks invested very heavily in IT.

Noblet highlighted banks alongside “some” government and resources sector organisations as the employers most senior IT workers hoped to join.

“Most CIOs want to work for large companies where they are able to provide guidance and strategic direction for technology, where technology isn’t seen as a cost centre but an enabler,” he said.

Although the Australian IT job market was “not overly fluid” at present, Noblet said companies were seeking a growing number of enterprise architects and other senior technologists.

He explained that IT departments had moved beyond the traditional plan-build-run model of IT management, in favour of demand-supply-execute, that required IT to act more as an on-demand provider and orchestrator of various insourced and outsourced services.

According to Rob Glenn, divisional manager at recruitment firm Ambition, IT workers in the lower ranks were typically unfazed by broader organisational strategies and structures.

While “there are a lot of candidates who probably just want a job”, Glenn said top technologists typically sought to work on projects involving new the latest and greatest technologies.