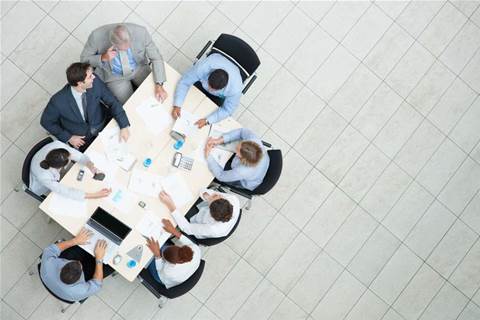 Westpac restructure one of many.

Looking to change the world with technology? If so, choose your employer wisely: business transformation isn't necessarily the remit for many IT departments.

Knowing which phase your next employer is in can be crucial - and paying close attention to the role and the language of the organisation's CIO may provide your first clue.

While objectively there is no right or wrong job description for a CIO, understanding their role tends to determine the range and nature of IT projects available to staff.

Consider the contrasting scenarios at two of Australia's largest employers of IT staff, the Commonwealth Bank and Westpac.

In an investor briefing last October, Narev described IT as the first of four key pillars driving CommBank’s success.

In contrast, Westpac’s Australian Financial Services chief executive officer Brian Hartzer told investors in March of this year that IT was unlikely to create ‘genuine competitive advantage’ for banks.

“How many sources of genuine competitive advantage from technology have you seen any big bank create in the last 20 years?” he said, “I can’t think of many – I don’t think that’s a coincidence.”

Sources from inside the bank told iTnews that Westpac technologists have been charged predominantly with keeping systems running since a major restructure in late 2011.

The restructure, which promoted former service delivery manager Clive Whincup as chief information officer, moved IT one step down the reporting chain and is said to have sparked a string of senior IT departures.

Whincup describes IT as the bedrock of Westpac’s business, and the company has invested in laudable initiatives to attract young talent to its IT teams.

Many of the bank's existing technologists tell a different story: expressing frustration with both red tape and the bank's extensive use of outsourcers.

Westpac, when asked to comment on these departures, did not directly respond. A spokesperson for the bank said Westpac maintains  “great retention amongst our employees" and is "also increasing female participation across IT".

Forrester analyst Tim Sheedy said the Westpac IT change of guard did not necessarily reflect poorly on the organisation.

“For every organisation there is a right technology structure,” he said. “Depending on the archetype of the organisation, the CEO, directors, minister, or whoever it is that runs it - these are the factors that will dictate the right person for running the IT organisation.”

Sheedy highlighted the ongoing rivalry between supermarket giants Coles and Woolworths as an example of how IT did not wholly define success.

In 1999, Woolworths embarked on a $1 billion end-to-end refresh involving the upgrade of its supply chain and supporting systems, as well as nine regional and two national data centres.

Coles, meanwhile, embarked on a similar, $670 million project in 2002 but according to Sheedy, focused efforts more on marketing than its competitor.

“Coles went down the approach of marketing its fresh food. They looked at the customer experience as opposed to just technology,” Sheedy said.

“Is one better than the other? No – it depends on the organisation and what they think is going to drive the difference.”

Reflecting on Westpac’s Hartzer’s comment, one equity analyst noted that IT projects typically only deliver a temporary competitive advantage to banks because competitors can usually follow suit quickly.

He noted, however, that core systems upgrades – like those undertaken by the Commonwealth Bank and NAB – would deliver a “longer-than-usual period of temporary competitive advantage”.

CIMB analysts have separately indicated that CommBank would “maintain its claimed [approximately] two-year IT advantage over peers once the core modernisation is complete.”

The investment bank told its clients in January that the big four banks needed to invest in IT to stay in business. But equally, “tight cost control” would drive their performance this year.

Read on to page two to find out what the top technologists are demanding.

In December 2008, University of Melbourne academics published a research paper that described CIOs as either a “trusted senior executive leader” or “chief technology mechanic”.

Co-author Peter Seddon told iTnews last week that CIO roles tended to depend on whether the business was fighting for survival, maintaining competitiveness, or attempting to break away from their peers.

The latter category was where trusted senior executive leaders came in, with big projects and bigger dreams.

“When there are massive IT projects going on, everybody [in the team] has fun,” Seddon said. “As the CIO role changes, the nature of work going on in the organisation changes.”

Forrester’s Sheedy said some of the more established Australian chief information officers would only agree to join an organisation where they would have the capacity to transform the business.

But while it made sense for some CIOs to sit on the board, as is the case with CommBank’s Harte, Sheedy said there were others who preferred to sit behind the senior management team.

“Every organisation is looking for someone different,” he said. “Someone who is a business transformer who wants to drive IT to all new areas would be wasted on certain government departments or certain businesses.

“As a CIO I think it’s up to you to work out what you’re good at.

“Technology should be fused into the business strategy; business leaders should be thinking about how technology can improve what they’re doing and it’s IT’s job to help them understand what that is.”

Peter Noblet, senior regional director of recruiter Hays IT said CIO reporting lines did not necessarily limit the remit of the CIO and his or her team, arguing that all the big four banks invested very heavily in IT.

Noblet highlighted banks alongside “some” government and resources sector organisations as the employers most senior IT workers hoped to join.

“Most CIOs want to work for large companies where they are able to provide guidance and strategic direction for technology, where technology isn’t seen as a cost centre but an enabler,” he said.

Although the Australian IT job market was “not overly fluid” at present, Noblet said companies were seeking a growing number of enterprise architects and other senior technologists.

He explained that IT departments had moved beyond the traditional plan-build-run model of IT management, in favour of demand-supply-execute, that required IT to act more as an on-demand provider and orchestrator of various insourced and outsourced services.

According to Rob Glenn, divisional manager at recruitment firm Ambition, IT workers in the lower ranks were typically unfazed by broader organisational strategies and structures.

While “there are a lot of candidates who probably just want a job”, Glenn said top technologists typically sought to work on projects involving new the latest and greatest technologies.