AWS pushes deeper into IT management 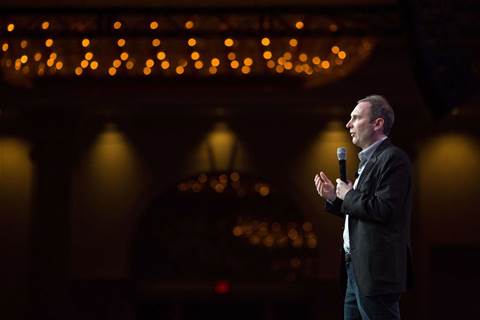 Puts giants of the IT industry on notice.

Amazon Web Services has announced the imminent release of a dizzying number of IT management tools to sit atop its compute and storage services, in an attempt to win large organisations over to the public cloud.

While Amazon prides itself on issuing several hundred releases each year, the services reserved for unveiling at the AWS Re:Invent conference in Las Vegas this week have been aimed squarely at IT managers within enterprise accounts, more so than its base of web developers.

In doing so, Amazon - a business that ostensibly started with the idea of exposing its web hosting dashboard to customers – is now exposing to customers many of the internal tools it built to manage its massive compute and storage clusters.

The new features announced include:

AWS senior vice president Andy Jassy told the 13,500 attendees at Re:Invent that the company was attempting to meet the needs of several large enterprise accounts that have opted to go “all-in” with AWS – name-checking Australia’s Suncorp among them.

Cognisant that the continued expansion of AWS services leaves less room for ISV partners, Jassy introduced every new service on the basis that “customers had been asking for it”.

Jassy told journalists that the services and capabilities announced today were aimed at "making the senior-most executives in the enterprise comfortable with using AWS.

"That was a big driver for CloudHSM, CloudTrail, AWS Config and the new Key Management service. These were all directly attributed to enterprise conversations where CIOs said we believe your services are secure, but we need help from you on securing our own use of the platform and the compliance pieces we need to use the platform."

Jassy stressed that every new service would be compatible with existing tools that tend to be used by IT managers, without providing a great deal of detail on these integrations in the keynote.

Customers could migrate from the latest version of MySQL to Amazon Aurora “with a few clicks”, he said, and the service will be updated in lockstep with MySQL into the future.

The three new code deployment services are compatible with existing development services, whether that be GitHub or the tools available from Ansible, Atlassian, CloudBees, Saltstack, Chef, Puppet, Jenkins, the open source Eclipse IDE or even Microsoft’s Visual Studio. And AWS Config will integrate into an IT manager’s usual tool-chain, he said, singling out Red Hat and Splunk as supporting products.

Jassy said many of these ISVs "have built a lot more functionality than what we’re launching as we start with a new service" and also attract a customer base to AWS.

"We tend to launch a minimal amount for customers to do something meaningful, then iterate from there," he said.

"We launched AWS EC2, for example, without any monitoring – which sounds crazy in hindsight, but over time our customers said we needed monitoring so we added CloudWatch. But companies with monitoring solutions like New Relic are still prospering."

"Our customers looked for an alternative to the relational database – so we offered DynamoDB as a NoSQL alternative, but we also have MongoDB as a partner - and they continue to kick butt and grow their business. Our customers asked us, could you please make Hadoop easier for us to consume? But last I saw Cloudera was doing very well."

There was no mention, however, of integration with the legacy of IT management tools made available by the likes of CA, HP and IBM.