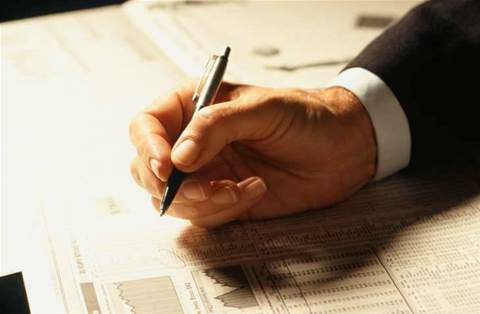 The recommendations were among 44 made yesterday as part of the inquiry into regulation of Australia’s financial services industry, lead by former Commonwealth Bank CEO David Murray.

Notably, the panel scrapped a controversial proposal to license IT providers who serve financial markets in order to mitigate against risks of IT system failures, despite recommending such an approach in its interim document.

The final 320-page Financial Systems Inquiry (FSI) report [pdf] focused on innovation in the financial services industry as a key theme, identifying how technology-related innovation has the potential to transform the sector as long as policy and regulatory settings were amended to ensure technological change was not hindered.

As such, the Murray panel recommended the Government establish a permanent “innovation collaboration” committee made up of private and public sector bodies to ensure timely policy and regulatory responses to innovation in the sector.

“Although the benefits of innovation are difficult to quantify, efficiency gains and improved consumer convenience are evident in a range of areas, such as online banking, payments and insurance," the panel wrote.

“As the pace of technology-enabled innovation accelerates, it is crucial that Government and regulators be aware of, and enable, the benefits of innovation to flow through the financial system while appropriately managing risks.”

The industry is currently suffering from poor government appreciation of - and therefore regulatory impediments to - innovation, an inability to influence Government and regulators in a coordinated way, and a lack of a single point of contact for innovators such as new entrants, the report found.

An innovation collaboration committee in which industry and government work together to identify innovation opportunities would improve the speed with which government and regulators responded to such opportunities, the report said.

The Murray panel reiterated its support for a national federated digital identity strategy as highlighted in its interim report, recommending the Government develop a framework under which both private and public sector bodies could compete to supply digital identities.

The panel suggested one minister be given responsibility for the model, which would be backed initially by a public-private sector taskforce established to develop the detail of the trust framework and standards involved.

Banks and other financial services firms are currently required to verify an individual by using government-issued, paper-based credentials such as a passport or drivers license.

The panel argued that a consistent, digital approach to national identity would reduce the reliance on paper-based mechanisms, making it more secure and convenient for consumers and more efficient for government, businesses and individuals by reducing repetitive processes.

The Murray-led panel said previous efforts by industry to co-ordinate on identity - such as the 2006 Trust Centre initiative - had failed primarily as a result of competing commercial interests.

“Australia has no clear strategic vision for digital identity management and, consequently, little coordination and limited ability to attain potential network benefits that would lower costs and reduce duplicative processes.

“Many public sector stakeholders have interests in digital identity management and, although Government has some existing governance mechanisms, the lack of clear ownership of identity policy is impeding progress.”

The Murray panel said the Government already had the building blocks in place to create a national co-ordinated approach.

Opening up the private sector’s data

While convincing banks and others to share more of their tightly-held data will prove difficult, the Murray panel said, releasing information would improve efficiency and offer benefits to the wider economy.

The panel said while it would not suggest that all or most private sector data should be publicly released, some datasets should be made public in cases where doing so would allow the industry to operate more efficiently.

Financial services organisations could be persuaded to share more of their data through incentives such as data-sharing arrangements, cost-recovery arrangements, and user charges, the panel said.

The Productivity Commission should be tasked with inquiring into the costs and benefits of making more public and private sector data public - keeping in mind privacy considerations - before the end of next year, the panel recommended.

But public sector bodies also need to up their game when it comes to open data, the panel said - Australian governments have only released around 3200 datasets compared to 10,000 in the UK and 200,000 in the US.

“This reluctance could be due to the costs of making data available and usable, and risks around quality assurance. However, these considerations should be weighed against the fact that decisions not to release data prevent public and private sector decisions from being better informed.”

Read on for the panel's views on financial disclosure and the big four's reaction...