Australian shareholders now own a third of Xero 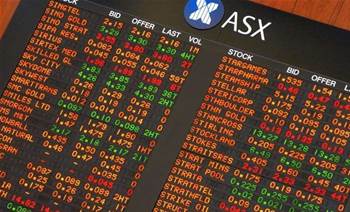 Australian shareholders own almost a third of dual-listed accounting software company Xero as of July, with local developers now helping the business build its US product.

In an update to the market today, Xero chairman Sam Knowles said Australian-based shareholders now made up 32 percent of the company’s register, up from 4 percent before the company’s dual listing on the ASX in November last year.

The group reported a net financial annual loss after tax of NZ$14.4 million earlier this year, and today said continued investment would lead to greater losses in 2014.

Despite the losses, chief executive Rod Drury said shareholders had been supportive of the group’s growth strategy.

“Before they used to be able to invest in MYOB, but that was taken private, and if they want exposure to the cloud market we give them a vehicle they can understand.”

Around 100 of Xero’s 500-strong staff are based in Australia, Drury said, with development teams in Melbourne and Canberra, but it’s not likely the company’s larger development team will shift any time soon.

“NZ labour rates are probably under 60 percent than the equivalent in the Australian market, so it’s cost effective to do a lot of central services [in NZ],” Drury told iTnews.

“We have a team that’s split between Melbourne, Canberra, and San Francisco now building payroll for the US market, so were creating a lot of jobs in Australia too.”

Drury said the company now thought of itself as "Australasian".