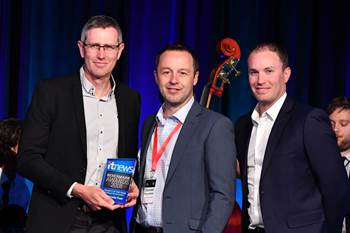 Australia Post's strategic maneouvre towards digital identity has earned it the top prize in the federal government category of the iTnews Benchmark Awards 2018.

The postal firm's internally developed Digital ID identity verification solution positions it as a first mover in the Australian market.

Not only does the platform make big strides in AusPost's pivot away from its declining letters business and into digital solutions, but an early partnership with the DTA also promises to cement the organisation as potentially the first identity provider on the federal government's game-changing Govpass digital identity network.

In its short lifespan Digital ID has already signed up a dozen big name customers, including the likes of CUA and Queensland Police.

Its massive retail network also gives Australia Post the ability to convert the six-and-a-half million identity verifications it performs in its retail centres each year onto Digital ID.

Along with taking out the federal government category of the Benchmark Awards, Digital ID was highly commended as the runner-up for the overall Australian IT project of the year.

Australia Post Digital ID general manager and founder Cameron Gough thanked the project team as well as the wider organisation and executive team for their support in the effort.

"And also too our earlier adopters - our customers, our clients who trusted us, trusted the division. So CUA, Western Australia Police, Queensland Police, AirTasker, these are the guys that validated this for other organisations, so thank you.”

You can read more about Australia Post's work alongside the other winning projects in the iTnews Benchmark Awards 2018 special edition report.