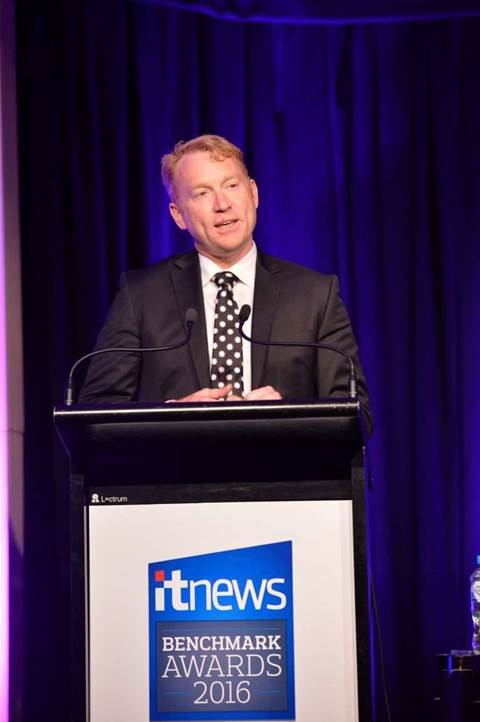 Andrew Walduck's efforts to refocus Australia Post into a digital business over the past three years were last night rewarded after Walduck was crowned the federal government CIO of the year at the iTnews Benchmark Awards.

The organisation had no choice but to change its direction as the speedy decline in its traditional mail business threatened Australia Post's very survival.

Building Future Ready IT, led by Walduck, touched every facet of the organisation's landscape and required 63 elements across five streams to come together in order to succeed.

Judges and peers alike were impressed by the project's ambition and risk, and the results - both financial and cultural - it is already reaping.

Initiatives under the program - such as the internal digital delivery centre that helps every part of the business develop digital products and solutions - have brought Australia Post to where its customers are, and form part of the organisation's drive to become an ecommerce business of the 21st century.

The judges felt this project demonstrated how IT-driven innovation can transform an entire business.

"This is a piece of work that touched over 36,000 employees in our organisation," Walduck said.

"There's 1500 tech people in our IT organisation, and I am eternally grateful for the team that came together and allowed this to happen."

Walduck managed to edge out worthy rivals in the Department of Agriculture's Graham Gathercole for his efforts to modernise the department's service delivery, and CrimTrac's Nicole Rose for the ACORN project.