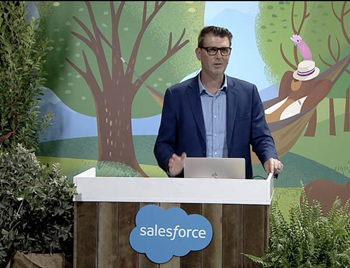 Australia Post is shifting more analytics and reporting of sales data to run natively inside its customer relationship management platform.

“The greatest challenge has always been as a team member, particularly the sales team, how can you take your actions … within the CRM?” Barlow said.

“I'm sure everyone is aware of this, [but] using the traditional BI tools that are in the market today, the sales team do three steps: Ctrl+C, Ctrl+V, Alt-tab, and that's them flicking between all their screens.

“So at Australia Post, we actually went through parallel pilots to test out Einstein in terms of what it could achieve against the traditional BI approach.”

However, Australia Post observed differences in the number of data refreshes it could do in each platform, as well as the amount of rework required to add or change data fields. 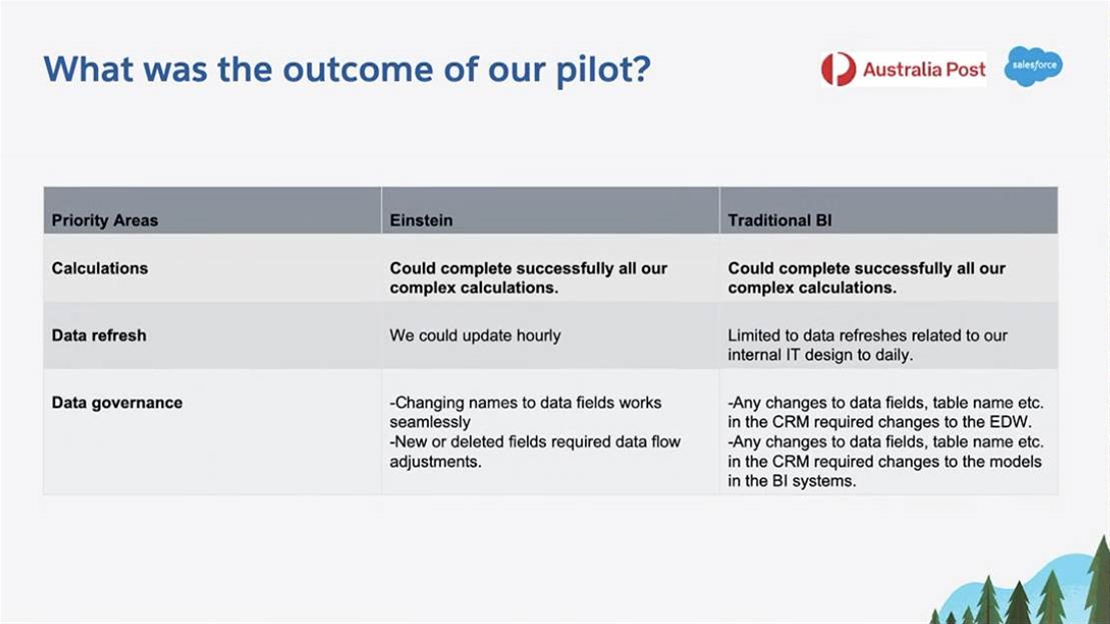 “From an Einstein perspective we could update the data on an hourly basis, which was a huge difference from our traditional BI approach because we were limited to how many data refreshes we could do, and that was purely based on the internal IT design because we didn't want to bring down the network so that was limited to run overnight, once a day,” Barlow said.

“So that was a tick for Einstein.”

Barlow said that user experience was also greatly improved by running sales reporting through Einstein, rather than in a tool outside of Salesforce.

However, he noted that Einstein required “a big capability uplift” in team skills to become familiar with the Salesforce Analytics Query Language (SAQL) used to access data in Einstein Analytics.

“When you're using Einstein the UI is quite easy and it looks like you can join information quite well,” Barlow said.

“But [for] a lot of it you actually have to learn the Salesforce query language itself, so there's quite a bit of capability uplift.

“I have heard from the Einstein team that there is new capability coming, where you can actually load in the SQL language and it'll convert it to SAQL so that's a big positive in the future.

“But for right now there's certainly a big capability uplift for us as a team, whereas on the traditional BI front, a lot of the team already know the SQL language today.”

Still, Australia Post has decided to move ahead with Einstein and is looking to deploy several Einstein tools and capabilities over the course of the next year.

So far, Einstein is being used to surface key sales metrics for Australia Post’s leadership team and to “run comparisons on the sales pipeline compared to previous periods”.

But Australia Post now has a roadmap of capabilities it also wants to deploy using Einstein tools over the next three to 12 months. 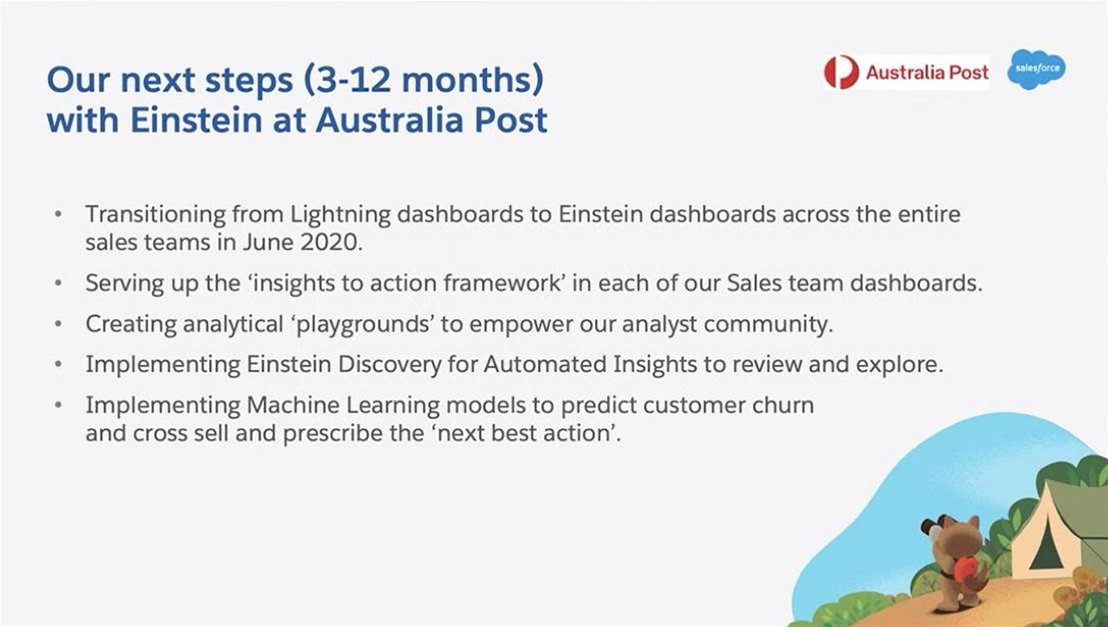 It will start by deploying Einstein Analytics Reporting dashboards “across the entire sales teams” in June this year.

Post also plans to create “analytical playgrounds” that its analytical community from across the business can use to “find their own insights” in sales data and “help us deliver the dashboards for our future.”

“The last two parts are probably a bit more dear to my heart - implementing Einstein Discovery for automated insights, and machine learning models to predict potential customer churn and cross sell to prescribe the next best action,” Barlow said.