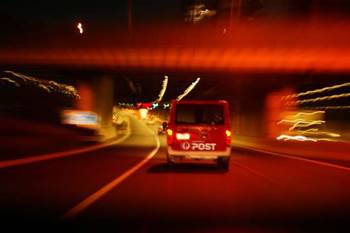 Wants solution to be mandated.

Australia Post is hoping it can get government endorsement for its digital mailbox, which it revealed today is now being beta tested with the public.

The free document storage service was announced in March last year and formally launched by Communications Minister Stephen Conroy in November, however was pulled offline due to “technical issues” later that month.

A spokesperson for Post today said the process of onboarding service providers was taking longer than originally anticipated.

The service currently has just three service providers connected to the mailbox – AMP, Yarra Valley Water and Post’s own services.

However a total of ten service providers have signed on, including Telstra and three of the big four banks.

Post today revealed it was in “active discussions” with the Government about the potential for Digital Mailbox to be mandated by government, as is the case with a number of similar platforms that are connected to digital identity services in Europe.

Post general manager of external affairs, Jane McMillan, said while Minister Conroy had been instrumental in bringing the Department of Human Services and Australian Taxation Office on board for the pilot of Digital Mailbox, Post was also closely watching Coalition policy on the issue.

“Malcolm Turnbull’s made some statements that if they are an incoming government by the end of the year that they are committed to an electronic pigeonhole or government mandated electronic communications,” McMillan said.

“It would be wonderful if the incoming Coalition government would mandate the Australia Post Digital Mailbox. There’s conversations we’re having but there’s obviously no clear commitment there.”

Australia Post is currently in a race for consumers with rival Digital Post for what Morgan Stanley analysts expect to be a $138 million secure mailbox market.

Digital Post is a joint venture between share registry Computershare and Salmat, which was acquired by Fuji Xerox last year.

She said Post had launched what it considered to be the “minimum viable product” under its agile development methodology.

“It was very important to us that we didn’t actually overbuild. Quite often organisations make the mistake of thinking they know everything about the customers, building functionality in and it actually takes the usability down because they can’t find what they want to do.”

The development team is now making fortnightly iterations ahead of Post kicking off above-the-line marketing of the service later this year.

Miller confirmed personal financial management services were on the roadmap for Digital Mailbox, as well as the ability to provide service providers with aggregated data about the behaviour of their customers.

“Any information or metadata that comes through that a provider allows for we can aggregate and utilise to present back to the consumer or end user.

“Consumers want to actually see their information across suppliers in a way that is useful to them.”