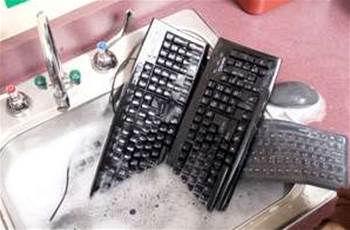 No intention of changing Australian law.

The Australian Government has no intention of changing its domestic laws to harmonise with an international treaty on copyright, according to a spokesman for the Department of Foreign Affairs and Trade (DFAT).

Questioned by iTnews on Australia's role in the ACTA (Anti Counterfeiting Trade Agreement), the DFAT spokesman said Australian negotiators are only participating in the talks in the hope that other parties to the agreement will meet existing Australian standards.

Advocates such as the Electronic Frontier Foundation (EFF) and Australia's own Internet Industry Association (IIA) have long held fears that the ACTA will seek to introduce a global system of copyright protection that compels Internet Service Providers (ISPs) to take responsibility for the actions of their subscribers - to the extent of cutting them off after three warnings.

In the latest leak from the ACTA talks, several parties called for ISPs to be forced to hand over customer details at the request of a rights holder, without any mention of legal oversight from a court or police.

In its responses to iTnews, the Australian Government has acknowledged that "the aim of the internet provisions in the ACTA is to encourage ISPs to deter copyright piracy over the internet."

But that will not require legislative changes in Australia, the DFAT spokesman said.

Crucially, "Australia already has a high standard of IP protection (including a safe harbour scheme) that many others are yet to meet, and seeks an agreement capable of broad acceptance.  The Government does not seek to drive change in domestic law through ACTA."

Further, the Government is not compelled to sign the treaty should the 27 parties to it reach an agreement.

"A decision will be taken on whether to join the treaty when it is finalised and only after further public and Parliamentary scrutiny," the spokesman said.

Legislative change is being sought in particular by the film industry, after its trade group AFACT lost a key court case in the Federal Court in which it accused ISP iiNet of authorising copyright infringement on its network by not preventing it. This case is now the subject of an appeal.

"Australia's existing laws encourage ISPs and copyright owners to work together to deter copyright infringements, and provide a possible model for the ACTA," the DFAT spokesman said.

"Under Australia's current laws, there is no requirement for ISPs to monitor the activities of internet users or to supply customer details without a court order."

DFAT also challenged the assertion that the ACTA discussions have been held under a veil of secrecy, telling iTnews that the Australian Government's hands were tied in terms of providing a running commentary. DFAT itself has attempted to be as transparent as possible under the limits of the agreement.

"The Australian Government is committed to transparency for ACTA negotiations, within the parameters of confidentiality usual in trade negotiations and established in ACTA by a confidentiality agreement," the spokesman said. "Release of the text by Australia is not possible under the terms of its participation in negotiation.

"We support continuing efforts to ensure transparency in consultation with negotiating partners."

The spokesman recommended concerned citizens keep watch on the DFAT website, several pages of which are used to "ensure that all Australian stakeholders have equal access to information about ACTA negotiations and contentious issues."

The spokesman also noted that DFAT has invited submissions on Australia's participation in ACTA negotiations since late 2007, and still has an open door to "any stakeholder requesting a briefing."