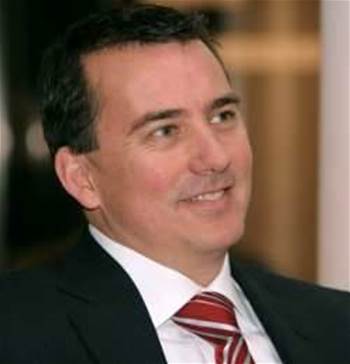 ISYS's key piece of intellectual property is a tool that can interrogate a hard disk and read the data regardless of what application created the data.

The software has been licensed to several large software vendors, such as SAP, Sybase and EMC, and competed with similar technologies marketed by Oracle and HP-owned Autonomy.

Lexmark was not one of ISYS’ licensees, but saw value in integrating the technology with the enterprise content management tools it gained by acquiring Perceptive Software in 2010.

ISYS chief executive officer Scott Coles told iTnews he had been charged with finding a suitor that could take the company’s technology “to the next level”.

“This company has been growing for 24 years, and the OEM business grew rapidly in the last three – but there is only so much you can do if you do everything organically," Coles said.

"I drove this [acquisition] for three stakeholders – shareholders, employees and technology. Lexmark is a great match for all three.”

The cash transaction will see all ISYS shareholders exit, including the privately held company’s founder and chief technologist Ian Davies, who owned 30 percent of the company and acted as its Chairman.

Davies said that over the 24-year life of ISYS, the company would have exported over $100 million of software to the rest of the world.

"It has been used in nuclear power plants, in every intelligence agency you’ve ever heard of and several you’ve never heard of, in oil companies, on submarines, and by companies that build spacecraft," he said.

He said the company’s standalone search products – sold directly to enterprise customers – would likely continue to be sold and supported by Lexmark in the foreseeable future.

“This is the ultimate validation of the technology and the people that have worked on it for the last 24 years," he said.

Coles will remain employed by Lexmark during the integration effort, but says he would “ultimately like to do this again for another Australian technology company.

“We’ve learned a lot; it would be great if we could get the same great return for shareholders of other Australian companies.”

He also preferred that his personal gain from the sale remain undisclosed, saying only that Lexmark paid "a fair price."

"Spending 24 years on one project is a long time, one doesn’t bounce straight onto the next role," he said. "It's been a pretty busy month or so – the next for me is to take stock, spend time with the family, and breathe."