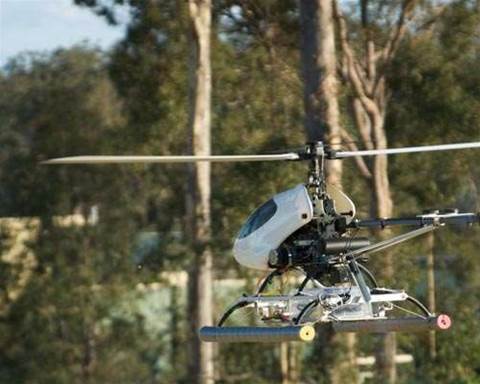 Enables transmission of higher resolution images back to ground.

CSIRO and Queensland University of Technology researchers have successfully tested the ability to command and control an unmanned aircraft using a secure commercial mobile network.

The 3G network has previously been used to send collision avoidance commands to a Cessna plane and an unmanned helicopter flying in Kingaroy in regional Queensland, researchers said.

All the research is being undertaken as part of Smart Skies, a collaboration between QUT, the CSIRO ICT centre and Boeing Research and Technology.

"Public mobile networks, like NextG, could be used to augment existing technology and improve the coverage over which command and control links can be used."

Mobile networks could also extend the flying range of unmanned aircraft and allow them to carry higher resolution camera equipment than those currently in use, according to Meijas.

"These are limited [currently] by line-of-sight communications systems," Meijas said.