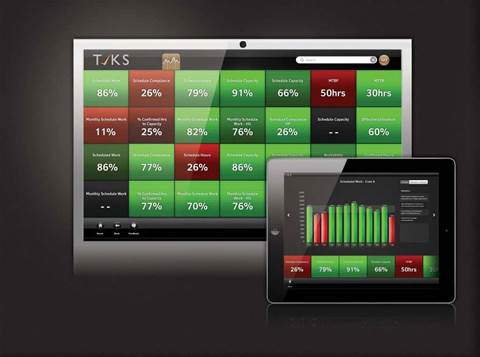 Software vendor Chocolate Coded is developing an augmented reality platform it hopes will streamline maintenance and site induction procedures on Australian mine sites.

The company is one month into creating the software, which it hopes to release later this year.

"We've already got four of the major mining sites out there waiting for us to release a beta version of it for them to trial the software," chief executive Sam Marciano told iTnews.

One possible application of the platform is in equipment maintenance, enabling engineers to point a mobile device camera at a truck, for example, to bring up a list of specifications relating to that truck in a screen overlay.

The solution could reduce reliance on paper manuals or on carrying a "black book" of parts configurations for the different trucks and equipment assets at work on the site, Marciano said.

"Currently, the maintenance guys have ... got tonnes of maintenance manuals everywhere. Normally they also have a little black book that lists all the equipment [that] says [things like], 'This equipment used to have this engine type but now its using that engine type'," he said.

"By having augmented reality, the guys on the floor can do real-time inspection [of an asset]."

Marciano said Chocolate Coded was in discussions with earthmoving equipment supplier Komatsu to bring vehicular specification data for their equipment fleet into the augmented reality tool.

"Obviously they've got a lot of content in regards to equipment, and they're pretty much on every mine site, as [are fellow equipment maker] CAT," he said.

Another possible use for augmented reality at mine sites is for site induction, particularly for contractors. This could allow contractors to point their smartphones at a building to bring up an overlay that shows them what it is and exactly where they are on the site.

"You could use augmented reality to get your bearings [onsite]," Marciano said.

A third possible application is safety. Marciano said that mine employees could point the device camera at their surroundings to bring up a hazard assessment of plant that they are about to begin using or be exposed to, or to report potential hazards to a central onsite authority.

Alternatively, if injured, an augmented reality application could lead a worker to the nearest first aid kit or OH&S supervisor.

Chocolate Coded recently launched a touch information kiosk solution (TIKS), which it said would allow mining companies to take data they already have and put it in the hands of field workers.

TIKS modules were essentially HTML5 web apps that could run on hardware from smartphones and tablets right up to touchscreen kiosks.

"The idea was taking ... critical content, regardless of what it is, and allowing people to access it," Marciano said.

"A lot of sites out there have a lot of content, and if you give that to your end users, they're going to be more efficient, productive and working more safely onsite."