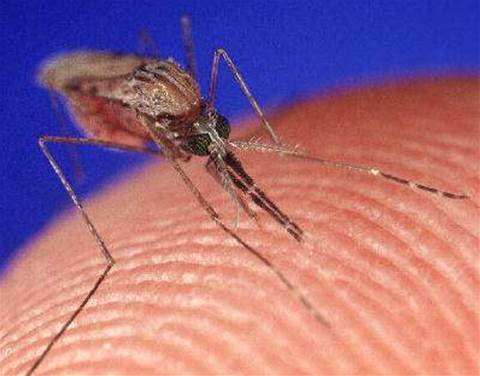 A team of local software developers has built an online app to gauge the likelihood of mosquito activity anywhere in Australia.

Results are based on environmental and climatic data provided by the Bureau of Methodology (BoM) and fall into five possible levels: Low, Moderate, High, Very High and Extreme.

The app was created by the NSW Government-accredited advertising agency Havas Worldwide Australia. A team of six people worked on the project.

The Mozzie Index was built with .NET, using MVC3 for the website and admin, and a custom web service to import data. The front-end was built using the web framework jQuery Mobile, which was selected for its single-page approach and standardised touch controls.

The mathematical models and algorithms powering the app were developed in conjunction with Dr Cameron Webb, Medical Entomologist at the University of Sydney.

Using daily rainfall averages from a publicly available BoM feed, the Index bases its forecast on a two week cycle from the initial rainfall, which causes the eggs to be laid, through to the hatching of mature female mosquitoes.

In addition, tidal data was imported into the database up-front and seasonal weighting is manually applied for each region.

"After conferring with Dr Webb, the logic behind determining the index levels was developed around three key sources of data for local environmental conditions: rainfall, tides, and season," Yousaf said.

"There are many other factors that can also affect the actual mosquito population density of an area, but these three are by far the most important indicators."

The Mozzie Index is available on all major web browsers and has been optimised for mobile devices.