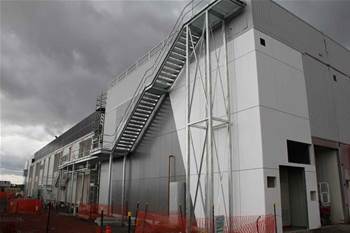 Metronode and Macquarie Telecom have joined a short list of Australian data centre providers that have invested in official Tier III accreditation from the Uptime Institute.

Metronode has achieved Tier III status for its new Melbourne data centre and aims to complete the same process for facilities under construction in Sydney, Perth and Canberra.

Macquarie Telecom had earlier been accredited for its Intellicentre 2 facility in northwest Sydney.

The two data centre providers seek to differentiate themselves in the market before a raft of new Australian facilities come online.

Uptime Institute’s standards have been adopted since 1996, but Australian data centres have largely been able to avoid the cost of attaining accreditation prior to competition flooding into the market.

Back in 2010, Uptime Institute’s Kenneth Brill told iTnews that the ‘Tier III’ standard was “used and abused” by plenty of data centre providers.

"Anybody who makes a self-claim to a tier level needs to be looked at with a jaundiced eye,” he said, adding most “self-claimed” Tier III data centres would barely meet the standard of Tier II.

Malcolm Roe, general manager at Metronode said it was “becoming more and more important” to seek accreditation “as there are a number of data centre operators claiming Tier compliance at a higher standard than their actual designs and construction.”

With availability and power efficiency becoming prime concerns for buyers of data centre space, Roe said Federal and State government users are mandating Tier III accreditation “as do many of our larger corporate customers.”