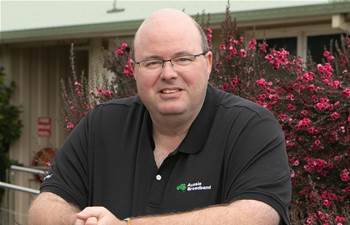 Not otherwise available to existing customers.

Aussie Broadband has revealed a temporary discount by NBN Co for new sign-ups to its fastest plans is driving some existing high-speed customers to switch providers to qualify for the cheaper price.

The consequence of NBN Co’s ‘Focus on Fast’ campaign was revealed by Aussie Broadband’s managing director Phillip Britt during an earnings update on Thursday afternoon.

Focus on Fast is the latest marketing campaign by NBN Co aimed at driving users onto higher speed plans, and sets wholesale costs the same for all speed tiers 100Mbps and above.

Theoretically, the idea was to coax sub-100Mbps users to upgrade.

However, because the discounts are not available to existing users on these higher speed tiers already, it seems some are choosing to leave their existing provider to chase a six-month price discount.

Churn away from Aussie Broadband contributed to softer net additions to the retailer’s residential customer base for the quarter ended March 31.

“The residential broadband side of things was lower than we’d hoped, and ultimately driven by intense price pressure in the market, primarily driven by NBN Co’s Focus on Fast campaigns,” Britt said.

“That’s seen all providers, including ourselves, offer promotions in-market around the 100Mbps and above tiers, but the way that NBN Co has structured those campaigns has basically been limited to new customers only into those speed tiers.

“That’s created some price sensitive churn - not a huge amount, but it has affected the net connections in that period.”

Britt said that price-sensitive Aussie Broadband users already on 250Mbps or up to gigabit services were shifting to Superloop to get the temporary price discount.

Aussie Broadband is largely unable to arrest this while the NBN price promotion is running, because the terms and conditions prevent them from offering the same discount to customers they already have.

The company had more high-speed customers than any other RSP prior to the NBN campaign being launched, and therefore has much to lose from not being able to reward its existing customers with the discount.

“If we look at the 250Mbps and gigabit tiers, we’re seeing essentially price leakage out to Superloop because we’ve got existing customers on those tiers who can’t access the offers, but if they jump to Superloop they can,” Britt said.

“This is the silly part of the way that this offer’s been structured.”

At the 100/20 tier, Aussie Broadband faced price competition from the likes of Dodo and TPG, whose promotional pricing came in at $79.99 a month compared to Aussie Broadband’s regular $89 a month.

“Again, if our customers were already on that tier and they jump, then they can access that [temporary price] offer,” Britt said.

iTnews has contacted an NBN Co spokesperson for comment as to whether the company will consider amending the promotion to allow RSPs to offer cheaper prices to existing and new users.

More generally, Britt said that the Focus on Fast campaign had awoken all the big retail service providers, and that digital channels were now saturated with RSP marketing.

“This Focus on Fast campaign has basically led to every provider being in-market very heavily, and so all your digital channels have gone up in terms of your cost per clicks and so forth, but there’s also a lot more choice being presented in front of the consumer,” he said.

Aussie Broadband had seen some upside from the promotion, but it was limited.

“We are seeing a skew towards higher plans so I guess the positive side of Focus on Fast is that it has led to customers taking up higher speed tiers so where they might have normally selected 100Mbps they’re choosing the 250Mbps or the gigabit speed tier,” Britt said.

“It’s driven up market share of orders a little bit, but not to the levels that we’d expected.”

The Focus on Fast promotion is due to run until the end of July, unless NBN Co decides to extend it.

It has always been unclear what will happen once the promotion ends; existing pricing on the highest tier plan is up to $24 a month more expensive than under the discount, and it’s unclear what percentage of trialists will be able to pay it.