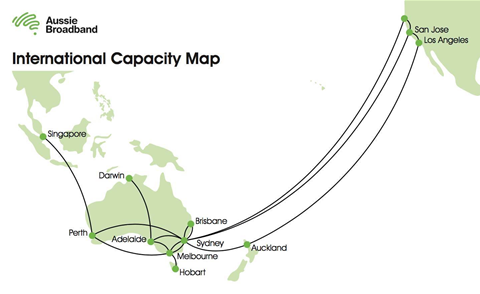 Managing director Phillip Britt said in a Whirlpool post that the company is “replacing virtually every piece of equipment in the network”.

The upgrades started in Perth on Monday night this week.

“Admittedly we had spent the 5 days prior building it all side by side and then did the cutover,” Britt said of the Perth kick-off.

“This is going to happen in the remaining four major capital cities being Adelaide, Brisbane, Sydney and Melbourne between now and the end of March.”

Britt told the AusNOG conference in September last year that there was some urgency around the core upgrade to cater to continued growth in customer numbers; it now has 100,000 NBN users.

“This new network delivers a massive boost in capacity and even more redundancy,” Britt said.

“Since the AusNOG presentation, our team and Cisco have designed a very elegant solution which was then tested at the Cisco CPOC [customer proof-of-concept] labs in Sydney.

“It looks quite different to what l thought may happen in the AusNOG presentation [but] the end result is going to be a stunning network and one that we are immensely proud of.”

Aussie said in a statement that it is using Cisco’s ASR9000 carrier-grade routers and NCS5500 routers for wide area network aggregation.

The result is a new core network that Aussie Broadband have codenamed ‘JEFF’. Britt said it was capable of supporting “in excess of 500,000 customers”, allowing for five-fold growth.
Britt said that links between the core data centres as well as on intercapital and international routes are also being upgraded.

“For Melbourne and Sydney, which have two core data centres and then other supporting content data centres like Equinix, Global Switch etc, there’s an additional 200G ring picking them up (previously 40G).”

Interstate routes will also be substantially beefed up.
“Perth to Sydney goes from 10G to 100G over Indigo Central once it's completed,” Britt said.

“Sydney to Brisbane has recently gone from 20G to 40G and Adelaide remains the same with 10G to Sydney, 10G to Melbourne and 10G to Perth.

“All of these links are diverse and are spread across two carriers for further diversity.”

Aussie Broadband is also buying capacity on newer subsea links for international routes.
Britt said that, to date, the company had “been reliant on Telstra Global transit to get us to the rest of the world along with a trial link from Cogent.”

“Lately, we and our customers haven’t been happy with their performance,” he said.

“We tried to get that fixed but after considerable time it continues to be hit and miss, so you have my commitment we are going to fix that for good.”

He said Aussie Broadband is establishing points-of-presence in Los Angeles, San Jose and Singapore to allow the company “to directly peer with some of the biggest content providers on the planet”.

“We will have total control over our upstreams and connectivity,” he said.

“In addition to peering, we will also pick a couple of strategic global transit providers to connect to these sites.”

“We have purchased capacity on the Hawaiki cable system to the USA which will be our primary path along with capacity on both legs of Southern Cross. That provides 3 separate paths to the USA connecting to two different POPs which are connected to each other,” Britt said.

“To Singapore we have purchased capacity on the Vocus ASC cable and will also have capacity on Indigo West when its commissioned. This provides two separate paths into Singapore to one data centre at this stage.

The international connectivity will start to come online in late April, while the domestic link upgrades will be made progressively between now and June, Britt said.