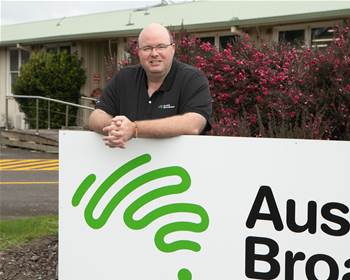 Will result in upgrades to NBN PoI and inter-capital links.

Aussie Broadband has cut a new five-year deal with Telstra Wholesale for access to high-capacity inter-capital and NBN interconnect fibre links that it says will help it compete for business with its larger rivals.

Managing director Phillip Britt told iTnews that the company had brought forward the expiry of an existing long-term wholesale arrangement with Telstra that covered backhaul links to all 121 NBN points of interconnect (PoIs).

That existing deal had been due to expire mid-to-late next year; however, with Aussie Broadband in the process of running its own fibre to 75 PoIs, it made sense to bring the deal to an early close and renegotiate terms.

“We did a long-term deal [with Telstra Wholesale] originally,” Britt said.

“Sometimes when you do long-term deals, things change over time and so we looked to cut a new deal that works for everyone.”

He continued: “We’ve been building out our own fibre network for some time and continue to do that, and we’re coming to the end of our existing arrangements with Telstra that we use for backhaul today to the 121 PoIs, and so we’ve recut a new deal that focuses on the PoIs that we’re not building to.”

Britt said that a key element of the renegotiated Telstra deal is “the sheer amount of capacity” it brings.

“We’re moving from 10G links or in some cases multiple 10G links at a site, to 100G at every site, and that’s fully protected and fully redundant,” he said.

“This gives us a network capability that’s well and truly up with ‘the big boys’ and actually more redundant than some of them.

“It gives us a great deal of capacity to grow.”

As Britt outlined to iTnews earlier this month, Aussie Broadband is expecting to make a considerable push into the business market, both on its own infrastructure as well as using NBN Co’s enterprise ethernet product and 284 business fibre zones spread across Australia.

Once Aussie Broadband’s fibre links are rolled out, and Telstra’s links into NBN PoI sites are upgraded - the latter is expected to take nine months, Aussie Broadband will have diverse routes into all 121 PoIs.

Britt welcomed an expansion by NBN Co of its business fibre zones this week, where it added 44 zones for a total of 284.

NBN Co also eliminated some zoning boundaries under its previous structure, with the end result being that more regional areas qualify for similar pricing and deals to businesses in metropolitan zones.

“I think that’s really good for regional Australia because it means they’re able to compete with their metro counterparts by having capacity at a close to metro price,” Britt added.