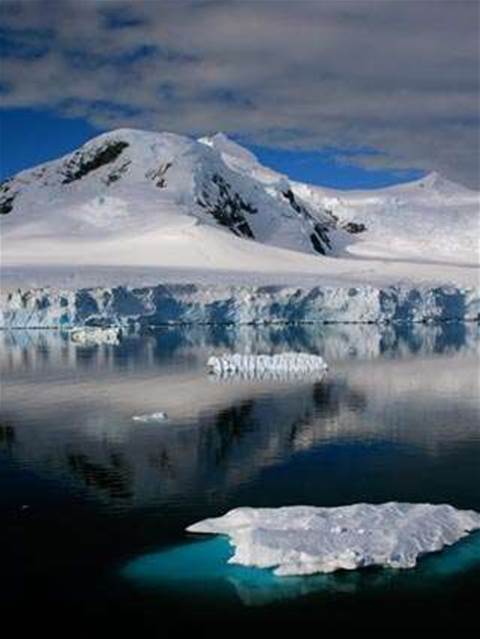 While local councils vied for 100Mbps NBN connectivity, Australian researchers in Antarctica have been operating at first-generation DSL speeds.

And according to Peter Yates, telecommunications manager of the Government's Australian Antarctic Division, there were no plans to increase network speeds anytime soon.

The Australian Antarctic Division (AAD) had four scientific research stations, of which three were on the coast of the Antarctic continent, and one was approximately halfway between Antarctica and Tasmania, on Macquarie Island.

The stations connected to the internet and outside world via a 512Kbps satellite connection called ANARESAT, which comprised satellite terminals by Telstra-managed Intelsat, as well as Inmarsat and Iridium.

Prior to an upgrade in October 2009, the ANARSAT provided internet access at 384Kbps. Three years before that, Antarctica-based researchers were accessing the internet at 128Kbps.

But despite what Yates described as "DSL 1 speed", the satellite connection has also supported open source Asterisk Voice over IP (VoIP) software for local and international telephone calls during the past two years.

"You've got to do it right, which we find many people don't know how to do."

For Antarctic telecommunications staff, bandwidth allocation has been a constant exercise in coordination. Yates said certain types of data would only be transmitted at certain times, depending on the research projects scheduled.

AAD's telecommunications systems were managed by two Communications Technical Officers (CTOs) per station, with one focused on IT systems, and the other on radio frequency.

CTOs at the Davis station on Antarctica's Princess Elizabeth Land, for example, would ensure the satellite connection was dedicated to transmitting atmospheric physics data for six hours each night.

While the AAD would "love something like that [the NBN]", the cost of providing a faster connection to and from Antarctica could not be justified at present, Yates said.

In 2010, the CTOs would focus on installing new, PC-based touch screen consoles to remotely control all the radio systems at a station.

The AAD came to technology provision agreements based on open tenders, Yates said. For satellite provisioning, however, he said responses mostly came from international vendors, because there were no Australian satellites that covered all the Australian Antarctic Territory .

"We've previously put out open tenders for the provision of satellite circuits and have been trying to attract Australian companies, but we don't get many able to supply service to Antarctica," he told iTnews.

A former expeditioner and electronic engineer, Yates has spent two winters and "a number of" summers in Antarctica. He first joined the AAD in 1983.

"Communications at that stage was purely radio telephone and Telex, which would be like today's e-mail," he recalled.