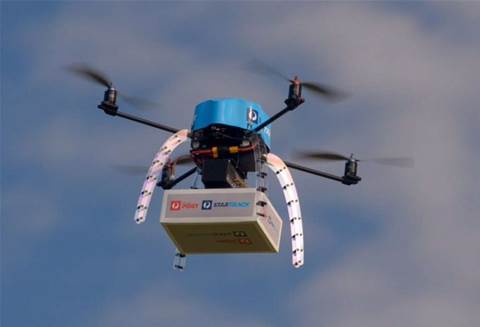 To test beyond line-of-sight deliveries.

Australia Post will seek permission from the Civil Aviation Safety Authority to conduct a second trial of drone-driven parcel deliveries in 2017 in order to test new advances in UAV technology.

The company’s e-commerce boss and former CIO Andrew Walduck said drone technology had grown in leaps and bounds since the last round of trials AusPost conducted back in April.

He told CEDA’s state of the nation conference in Canberra the company was curious to see what new capabilities - like beyond line-of-sight flying and the ability for a single pilot to control more than one drone at a time - could offer the postal business.

Another trial would also allow the company to drill further into how customers feel about a UAV delivering their parcels.

“Do people feel safe? What is the experience like when they receive a parcel that way? Is it actually something they want?” Walduck said.

However, he also noted that drone technology is moving faster than CASA regulations - CASA does not currently allow operators to fly their UAVs beyond sight, or fly more than one device.

To create a real commercial opportunity, he said Australia Post would need obtain special permission from the air safety authority and prove it can do these kinds of things safely.

“We’d like to work with CASA to embark on another trial to test those important factors,” Walduck said.

“We need to take an approach to create something that is safe and reliable and something customers can depend upon as we move into the future."

Australia Post has been pedalling desperately to preserve the ongoing viability of the government-owned business in the face of rapidly declining demand for letter postage.

In April 2016 it spent two weeks running closed trials of drones in a fenced-off field. It said at the time it would look to deliver parcels to recipients in a rural environment as part of its next iteration of the experiment.

Amazon has recently secured permission from the UK government to run real-life trials of its own delivery-drones beyond line-of-sight and with multiple aircraft controlled by a single pilot.