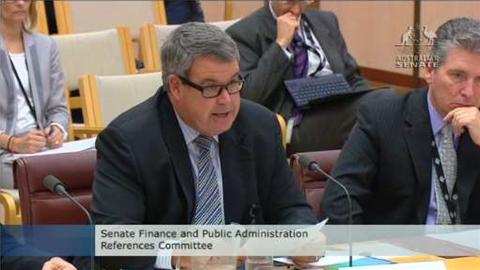 Australian Government procurement coordinator and CTO, John Sheridan, has used his second appearance before the Senate’s procurement inquiry to defend his department against criticisms made by tech lobby group the Australian Information Industry Association.

On 21 March AIIA chief Suzanne Campbell told the Senate’s Finance and Public Administration Committee that the current model for IT procurement in Canberra is “inefficient, costly and, arguably...delivers no real benefits to either government or business”.

But the Commonwealth’s procurement chief denied that selling to the Government was as hard as Campbell suggested.

“Vendors rarely use such opportunities to raise concerns about the procurement process."

In an at-times fiery appearance before the committee yesterday afternoon, Sheridan argued that the majority of the AIIA’s suggestions “are already included in the Commonwealth procurement rules”.

In March he pointed out the Department of Finance had in fact already released a series of template contracts aimed at “simple procurements”, called the SourceIT suite.

He also told the panel that vendors were able to get a heads up about upcoming procurements through the annual procurement plans published by agencies on AusTender.

One recommendation the Government doesn’t currently cover, he conceded, was the adoption of the UK’s ‘concept viability’ approach, which involves structured engagement with the ICT industry before the probity shutters of a tender process formally draw down.

But Sheridan said he remained unconvinced by the model.

“...I have been unable to uncover any evidence that suggests that our UK equivalents make any significant use of this model,” he said.

He also claimed there was “no publicly available documentary evidence” to back the AIIA’s claims that the more liberal approaches to procurement panels adopted by the states actually deliver better outcomes.

Sheridan was also forced to defend the Department of Finance against Senator Nick Xenophon’s claims that its submission to the inquiry was “dismissive, glib” and “patronising”.

He said Secretary David Tune and his other colleagues had insufficient time to prepare a more detailed response.