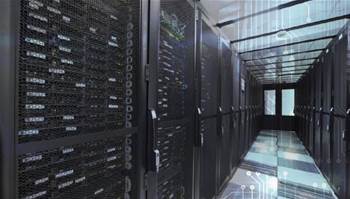 The Australian Taxation Office has warned taxpayers to expect further disruption to its systems, after mainframe problems forced the agency to down its online portals for part of its first week of 2017 tax time.

Last Wednesday the ATO voluntarily took its portals, myTax, and other digital services offline so it could reboot its mainframe to address "applications running incorrectly". Internal processing systems were also impacted.

It followed a storage failure with one of its two big IT contractors, Leidos, late last month. That failure was unrelated to the damaging series of outages resulting from a collapsed HPE storage area network (SAN) last December.

The tax office today said it was continuining to examine the cause of its recent IT issues.

But it warned that while it was doing its best to minimise future system outages, there would likely be "some further minimal disruption to our services as we continue work to implement the IT improvements" suggested as part of its report into the HPE storage collapse.

The report had found that improperly fitted cables, inactive monitoring tools, and a SAN design that promoted performance over stability and resilience had been the main factors behind the ongoing SAN problems.

It also revealed that the SAN issues had been known about by HPE for six months prior to the initial December outage, but ATO staff had been kept in the dark by the contractor. The agency had also had little involvement in design decisions.

The ATO today said it wanted to ensure that the IT issues didn't have an adverse effect in terms of penalties for late lodgement.

"Tax practitioners and taxpayers will not be disadvantaged by the impacts of our system issues," the agency said in a statement.

"To ensure that there is no disadvantage, where possible, we will be remitting automatically or not imposing penalties for failure to lodge on time related to the late lodgment of 2015-16 income tax returns and activity statements due to be lodged from December 2016, where they are lodged by 31 August 2017."

The agency said tax time 2017 results so far indicated ATO systems were working as expected - it said it had received more than 70,000 income tax lodgements and had issued more than $500 million in refunds to date.

It promised to keep taxpayers informed on its progress rectifiying the issues identified in the SAN outage report.