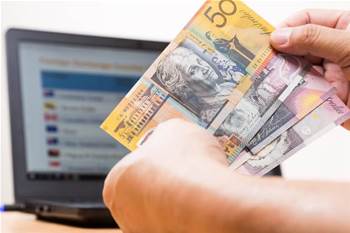 The Australian Taxation Office has called in IT services heavyweight Accenture to help sketch out Australia’s future single business register ahead of government sign-off later this year.

The pair have been working together on the high-level design phase of the whole-of-government business database since late January as part of the modernising business registers (MBR) program.

It comes just months after the project suffered an unexpected setback, with the ATO unable to find a suitable commercially available platform to become “the backbone” of the new register.

The government first revealed that it was looking to merge its sprawling collection of registers in August 2017 after ditching its sell-off the Australian Securities and Investments Commission registry business a year earlier.

In doing so, it planned to update the outdated IT infrastructure behind the Australian business register and ASIC’s 31 registers, which date back to the 90s.

However it also wanted to use the upgrade - which had previously been costed at more than $100 million - as an opportunity to completely rethink the user experience to better meet public expectations.

In December 2017, the ATO went looking for a government-wide platform to provide digital services that simply the registry processes for business.

But iTnews can reveal the procurement process was ultimately unsuccessful, with none of the proposed solutions found to meet the ATO’s needs.

“After an extensive evaluation of the RFI, the program concluded that no response addressed the full end-to-end solution requested in the RFI (which covered both software solution and delivery),” a spokesperson told iTnews.

The process did, however, highlight that the program’s implementation phase would likely require “a number of smaller components procurements ... to be undertaken to support the design and delivery of an end-to-end solution”.

It also unearthed potentially suitable commercial-off-the-shelf (COTS) products for “use as the core of a new registry technology platform”, as well as other insights around the market’s maturity.

That information is now informing ATO-led work with Accenture to develop a “high level design, architectural deliverables and business process re-design” around the platforms identified.

However the ATO is still waiting for sign-off from the government to progress beyond the program’s design phase.

“The progression of Modernising Business Registers (MBR) to the program delivery phase is subject to government decision,” the spokesperson said.

“The detailed business case and options for modernising registry systems, including options considering the use of commercial-off-the-shelf products, has been developed for consideration by Government.”

Last month the government introduced a new bill into parliament to modernise the administration of business registers and enable the government’s 32 registers to move to a modern registry platform.