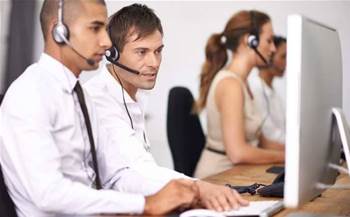 No more security questions on the phone.

Optus has completed a rollout for the Australian Taxation Office of what is claimed to be the first deployment of its type of voice biometrics in Australia.

The Nuance Freespeech system is designed to remove the need for callers to answer security questions such as “what is your birth date?” - instead authenticating callers by the sound of their voice.

According to Nuance, the ATO rollout is the first of its type in Australia where customers are verified during inbound and outbound and calls without intrusive questioning.

The rollout has the potential to save thousands of man-hours of the ATO’s call centre staff, who previously spent about 75,000 hours a year verifying callers.

Optus is already a managed network service provider to the ATO, and has deployed the technology in two stages – first rolling out Nuance’s Vocalpassword product last year, allowing callers to register a phrase they can speak to verify their account. The second phase saw the completion of the Freespeech deployment in April.

More than 760,000 people enrolled with the ATO to use the voice security technologies between September 2014 to mid-July this year.

The Freespeech system aims to verify callers’ voices regardless of accent, language or call quality. As the caller speaks, the system analyses over a hundred voice characteristics, comparing them with a stored voiceprint.

A verification “score” can be sent to the call centre's voice system, or the receiver’s computer or a CRM system.

Nuance Freespeech can also compare voices to a “blacklist” in an attempt to identity malicious callers. The system is also designed to allow for voices that change with age, and to take background noises into account.

Nuance is pitching the technology as more secure than PINs, passwords or security questions, pointing to the fact that voiceprints are stored as a hashed string of numbers and characters, and arguing that a compromised voiceprint has no value to a hacker.

The ATO rollout is not the first pioneering voice-related deployment for Optus. Late last year it also landed reseller rights for a voice analysis system called Citycom Assure, which is capable of analysing the mobile phone conversations of financial traders to flag potential insider trading.

Got a news tip for our journalists? Share it with us anonymously here.
Copyright © CRN Australia. All rights reserved.
Tags:
atobiometricsnuanceoptussecuritytelco/ispvocalpasswordvoice