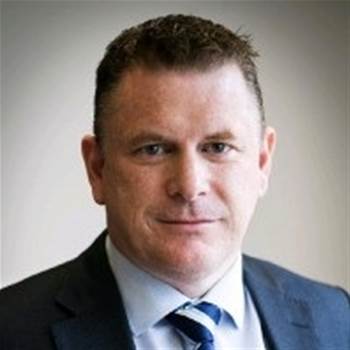 The Australia Taxation Office has lost its chief information security officer Jamie Norton, who has called time on his three-year stint in the APS to return to the private sector.

Norton, who joined the ATO in March 2018, took to LinkedIn on Monday to reveal his planned move to advisory and restructuring firm McGrathNicol.

“After three years as the CISO for the ATO, I have decided the time is right to move on to a new challenge,” he said.

“I am proud of the way the team has grown and adapted to the changing environment, and their tireless efforts to proactively defend one of the engine rooms of the Australian economy.”

A spokesperson confirmed Norton’s departure to iTnews and said a recruitment process would be undertaken in “due course” to fill the vacancy.

Norton joined the national revenue agency from NEC Australia, where he spent three years as its head of cyber security.

Prior to that, he spent six years at cyber security firms Tenable and Check Point and two years as CISO of the World Health Organisation.

Norton will join McGrathNicol on May as a partner in the firm’s cyber and forensic technology practice in Canberra.

He said he was “looking forward to assisting other organisations with their cyber security challenges and sharing my experience”.

ATO deputy CISO Toby Amodio has assumed the CISO role – which doubles as the infrastructure projects and cyber security assistant commissioner – in an acting capacity.

“I leave knowing the agency is in very good hands, with Toby Amodio (ne Mcmahon) taking over the reigns,” Norton added.