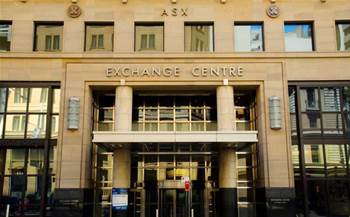 But who will make the cut?

Australia will finally get its own official index of publicly listed technology companies trading on the now thoroughly virtualized floor of the Australian Securities Exchange, with ratings agency Standard and Poors today launching the much awaited S&P/ASX All Technology Index.

It is understood the highly anticipated index, that many investor expect will effectively become the NASDAQ of the southern hemisphere, will initially consist of a basket of around 46 constituent stocks, including the so-called WAAAX basket – WiseTech, Afterpay, Appen, Altium and Xero.

The launch of the S&P/ASX All Technology Index is a momentous day for the local technology sector that has for the two decades arguably struggled to spark the interest of institutional and retail investors addicted to minerals, banks and telecommunications.

The creation of the All Technology Index will also go some way to eliminating the economically debilitating cultural cringe that Australian technology purchasers, especially in software, have historically exhibited, shunning local product as too risky in favour of multinationals like SAP, Oracle and IBM.

While companies like Wisetech (previously known as Cargowise and Eagle Datamation International) have grown gradually to become multibillion dollar ASX-listed enterprises, there have been some notable misses for the local market.

They include Atlassian which floated in the US because it was able to attract a more patient and technology savvy class of investor able to understand the fundamental underlying value of the company rather than small cap chasers looking for a speculative hit.

While not all ASX listed tech companies will make the initial cut – there are thresholds for market capitalisation, liquidity and stocks will need to have been listed for at least three months – there are some prime suspects about who the club will initially include.

Brisbane headquartered software powerhouse Technology One looks a sure bet for inclusion, as well as Data#3, Reckon, Bravura and Objective Corporation.

A key differentiator for the local All Technology Index is that it will not include telcos, primarily because the size of those companies would otherwise distort what’s supposed to be a discrete index.

Which does rather beg the question as to what is a tech stock – and what isn’t?

While software is fairly straightforward it’s still a little unclear as to if and how platform type stocks will be treated: think Webjet, SEEK, Freelancer.com, Computershare.

And then so called Fintechs – there is a legitimate question as to whether Afterpay is a tech company or essentially just an unsecured credit broker.

And then there’s the question of whether the ASX will make the cut itself now it’s in the distributed ledger and data analytics as a service venture.

What is known is tech stocks have been the fastest growing of all the ASX’s sectors over the last 5 years.

Local ASX veterans and serial entrepreneurs say the creation of the S&P/ASX All Technology Index is a good thing.

Gary Cohen, who was instrumental in the listing of Commander and IBA Health (later iSoft) and is now chief executive of Invigor Group said more business community focus on the Australian tech sector was a good thing.

“We have a very big group, a tech community here, but people have had to go offshore,” Cohen told iTnews, adding that Australia had previously lagged other countries backing their own tech industry.

Cohen also cautioned that despite some standout tech stocks rising here, the local market was somewhat polarised, with institutional investors still shunning smaller early stage companies if they were not cash flow positive.

Cohen said the companies that had done well on the ASX usually had overseas support in termns of their market, like WiseTech, that had a big international customer base.