ASIC blasts continued dependence on ASX and its systems 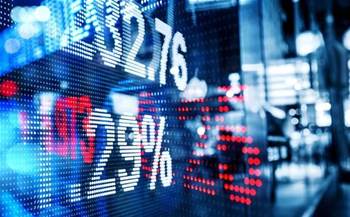 Sets expectation for trading continuity in the event of an outage on one market.

Australia’s corporate watchdog has laid out clear "expectations" for brokerages and other "market participants" to not be wholly reliant on the ASX and to be able to use "alternative venues" like Chi-X in the event of a major outage.

This includes new licence conditions on the ASX to fix IT operational, testing and governance shortfalls identified by investigators at IBM in an earlier commissioned review.

ASX said in a separate statement it had already started doing so, and that the work would take between 12 to 18 months.

However, the broader issue for ASIC is one it raised the last time the ASX had a major outage in September 2016: why more trading volume doesn’t move to Chi-X when the ASX is down.

The answer that ASIC found at the time is that “some market participants that were not members of Chi-X did not have the ability to trade on any venue other than ASX.” [pdf]

“Some market participants have optimised their systems to operate in a multimarket environment," it said.

“However, most were reluctant or did not have the confidence to adjust their algorithm and smart order router settings intraday to trade on Chi-X while ASX was unavailable.”

“While we had expected that market resilience enhancements made after the 2016 ASX outage would have supported more sustained trading activity continuing elsewhere after the ASX market was closed, this did not occur,” ASIC said in a report today [pdf] that sets out a series of “expectations” for change.

“The Chi-X market remained open for on-market trading and trade reporting during its usual trading hours of 10.00 am to 4.13 pm. However, displayed liquidity was extremely thin and inconsistent throughout the day.”

ASIC said that reluctance to switch this time was because “their initial response to any significant market operator technical issues is to cancel all their resting orders across all trading venues to minimise risk exposure.”

“A few also operate cross-market liquidity provision strategies, which were unviable when the ASX market was closed,” ASIC noted.

“Some assessed whether to re-enter the Chi-X market after determining that the market data issues were limited to ASX but decided against this due to the very limited incoming order flow from other investors after ASX had closed.”

“With the ASX market unavailable, this reliance meant that some participants could only continue trading in a very limited capacity through designated trading representatives and trade reporting until system changes were made,” the corporate financial regulator said.

“A few participants were able to quickly reconfigure systems to continue trading on alternative trading venues, but others were unable to make these intraday changes or were unwilling to because they had not been rigorously tested.

“In some cases, these dependencies also extended to trading systems provided by participants to their clients.

“We expect participants to remove dependencies on the availability of a particular market to enable continued facilitation of trading in the event of a market outage.”

ASIC added that “many clients reported they had wanted to trade on the alternative market” but were unable to.

All market participants will now be expected to “have arrangements in place to continue providing trading services and submitting new client orders to the alternative market.”

ASIC said it would write to all participants to outline the expectations and that it expected to receive responses from industry in 2022.

It also said that participants should test out more scenarios in their business continuity planning.