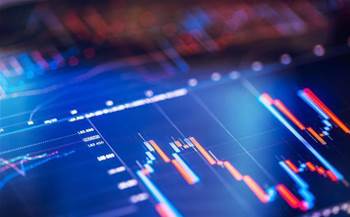 An upgraded equity trading platform run by the Australian Securities Exchange (ASX) was ultimately not ready for go-live when it was pushed to production in mid-November last year, leading to a day-long outage, a review by IBM Australia has found.

The review was commissioned by the ASX after it was forced to abandon trade on November 16 last year due to a software bug in its refreshed ASX Trade equity trading platform.

The ASX said at the time that all parties to the project had “conducted extensive testing for over a year, including four dress rehearsals, in preparation for … go-live.”

But the IBM review identified “seven factors suggesting the platform was not ready for go-live considering ASX’s near zero appetite for service disruption.”

These factors are said to include “additional testing needs” that were “noted” but not performed, “the quantity of open defects”, and “gaps in end-to-end test coverage.”

“It was not reasonable to expect the test plan used would meet the near zero appetite for service disruption for a systemically important national infrastructure as stated in the ASX test policy,” a summary of the IBM report states.

“The existing governance processes failed to act timely enough resulting in an extended period before an upgrade was performed, raising the operating risk.”

The full IBM report isn’t public - only a small handful of slides that provide a summary of issues were released today. 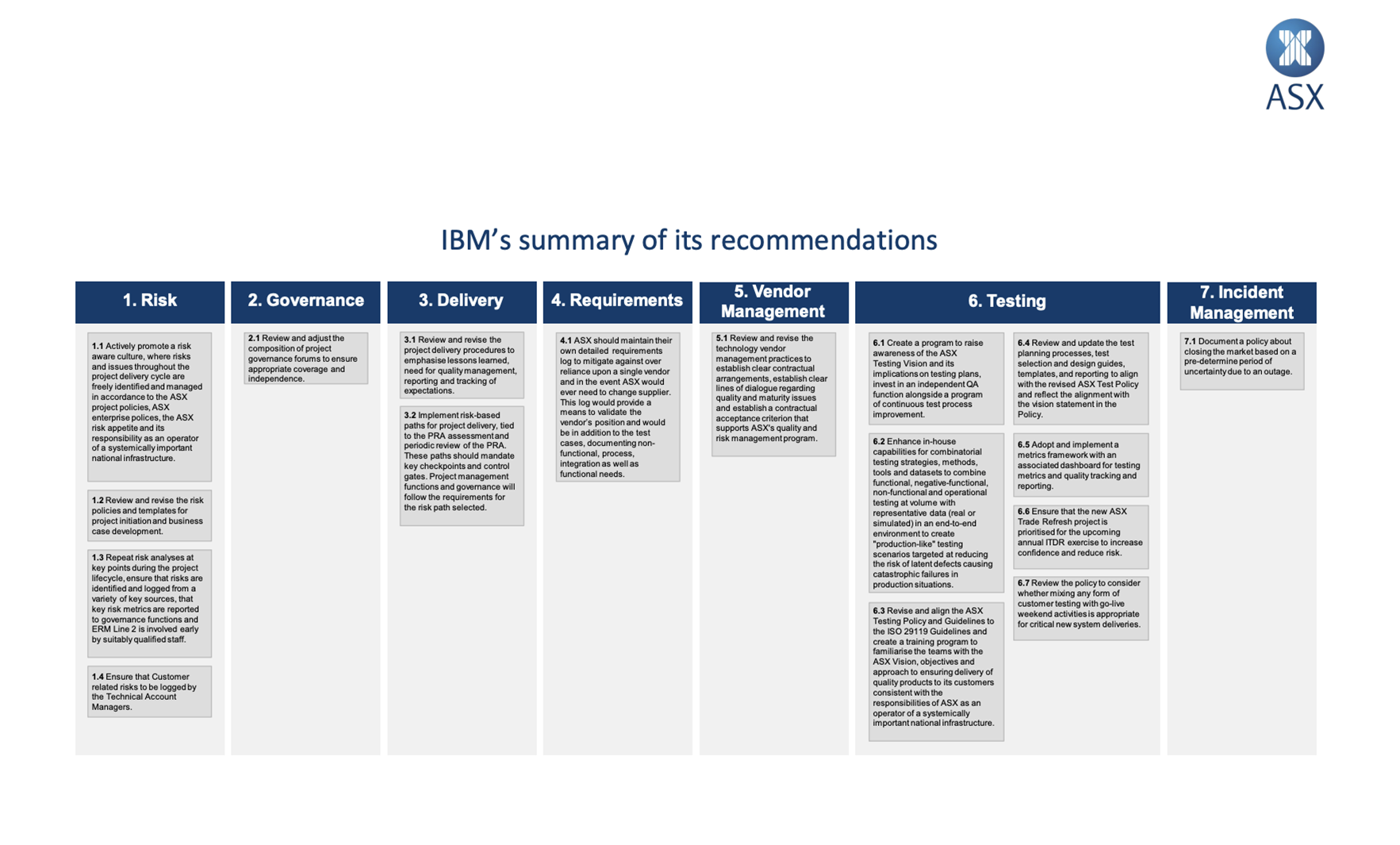 “The conclusion that the project was not ready for go-live is very disappointing,” ASIC chair Joe Longo said in a statement.

“ASX has acknowledged and accepted the need for improvement.

“We do, however, require assurance that these improvements are implemented effectively and result in an overall improvement to ASX’s enterprise wide project management practices.”

“Driving technological change is hard and creates transition risk. No market will operate without incidents or outages from time to time. Nevertheless, all outages are regrettable,” he said.

“We believed that the software was ready for go-live, as did our technology provider Nasdaq.

“Clearly there were issues, which was particularly disappointing given the significant progress we have made on resilience in recent years.”

Specifically on testing, IBM recommended that the ASX build its in-house capabilities, align its vision to its test capabilities, and “invest in an independent QA [quality assurance] function alongside a program of continuous test process improvement.”

The ASX is “well advanced in developing a detailed response plan for execution over the next 12 to 18 months,” Stevens said.

“We’ll commission the independent expert to review our actions to meet its recommendations,” he said.

“Our delivery of this program of work will be under the oversight of ASIC and the RBA [Reserve Bank of Australia].”

The IBM report did find the upgrade program had a good business case, was well-resourced and had good communication and incident management processes.