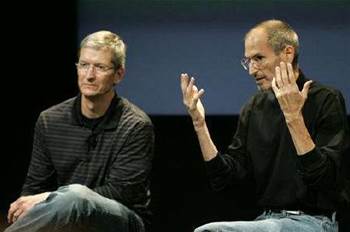 But new board members will require a vote.

Apple shareholders have rejected demands that the company disclose a succession plan for ailing CEO Steve Jobs, but approved a proposal it adopt majority votes for board directors.

At its annual meeting on Wednesday, shareholders of the world's most valuable technology company voted down a proposal to outline its plan for who will succeed Jobs.

However, they passed a requirement for a majority vote before appointing unopposed board directors, in a key victory for influential shareholder Calpers, the largest U.S. pension fund.

Influential investor advisory firm Institutional Shareholder Services had thrown its weight behind a shareholder proposal to force Apple to disclose a succession plan.

Tim Cook, Jobs' top lieutenant, took the spotlight as shareholders dug for answers not just about Jobs, but also the company's succession plan, what it might do with its US$60 billion cash pile, and what devices may follow the iPad and the iPhone in coming years.