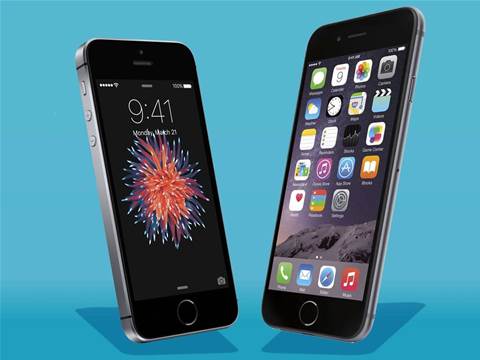 Apple has been stung $9 million for refusing to repair or replace some iOS devices that were bricked by a factory security test in early 2016.

The federal court today ruled in favour of the Australian Competition and Consumer Commission (ACCC), which filed a case against Apple on behalf of customers last year.

The problems occurred after Apple released its iOS 9.2.1 mobile operating system, which contained a factory test intended to verify the Touch ID fingerprint authentication scanner on a device was genuine.

However, the test caused Apple devices that had been repaired by an unauthorised party - such as to replace a cracked screen - to display an ‘Error 53’ message that bricked the iPhone or iPad.

The ACCC alleged that Apple "routinely" refused to look at or service these defective devices because they had been repaired by third parties - even if the repair was unrelated to the OS fault.

In the federal court, Apple US admitted it had said as much “to at least 275 customers”.

“These representations were made from February 2015 to February 2016 on Apple US’ website, by Apple Australia’s staff in-store and on its customer service phone calls,” the ACCC said in a statement.

“The court declared the mere fact that an iPhone or iPad had been repaired by someone other than Apple did not, and could not, result in the consumer guarantees ceasing to apply, or the consumer’s right to a remedy being extinguished,” ACCC commissioner Sarah Court said.

“Global companies must ensure their returns policies are compliant with the Australian Consumer Law, or they will face ACCC action.”

Apple said it had contacted approximately 5000 customers in Australia to compensate them for devices bricked by ‘Error 53’.

The company also said it would provide new replacement devices “if the consumer requests one”, rather than give them a refurbished product.