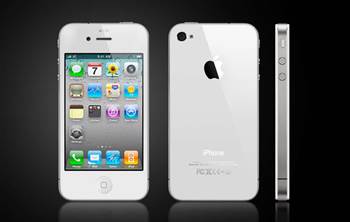 The iPhone 4 will be available in Australia on 30 July.

Steve Jobs took the unprecedented step - for Apple - of calling a press conference today to deal directly with the massive controversy surrounding the iPhone 4 and its supposedly flawed antenna design.

The issue has led to calls for a product recall or for Apple to make some sort of restitution to the three million customers who have purchased the latest smartphone to come from Cupertino.

The matter was so urgent that Jobs cut short a vacation in Hawaii in order to make his presentation.

As is Jobs' way, he started this address like many of the keynote addresses he's famous for - with some statistics.

After reeling off sales figures he noted that iPhone 4 has had very positive reviews from a number of respected reviewers but that that since issues were first raised just over three weeks ago Apple's engineering team has been "working its butt off".

Interestingly, given Apple's reputation for aloofness, there was one sentiment that was constantly repeated throughout Jobs' presentation - "we love our users".

This phrase and others like it were repeated several times.

Other phones have problems

Jobs commenced the main part of his presentation by demonstrating that other smartphones exhibit the same effect as iPhone 4.

Depending on how the phone is held, the number of coverage bars can fluctuate, he said.

He showed this off with a Samsung Omnia II, BlackBerry Bold 9700 and HTC Droid Eris.

In doing this he tried to highlight that Apple isn't alone in facing and having to manage this issue.

However, during the Q&A at the end of Jobs' presentation, an audience member challenged Jobs saying that he couldn't get the signal bars on his Blackberry to change.

Jobs responded that "You may not see it in certain areas".

On Friday morning (Australian time) Apple released the promised software patch for the iOS 4 that fixes the algorithm that calculates the number of bars that are show to indicate signal strength.

Testing of the iPhone was carried out in what Jobs described as a "state of the art test facility" that cost over $100 million to create.

Jobs did concede that there had been about 16,500 complaints (about 0.55 percent of customers) had been lodged about the iPhone 4's signal reception.

And 1.7 percent of customers (about 51,000) have returned their iPhone 4. However, that's far lower than the six percent return rate for the iPhone 3GS.

So, it seems that while there is a lot more noise being made about the iPhone 4, customers had more issues with the previous model.

One of the obvious consequences of compromised signal strength is that calls are dropped more often.

According to data released by Apple's carrier partner in the US, the iPhone 4 drops fewer than 1 in a 100 calls more than the iPhone 3GS. In other words, call performance seems to be negligibly worse.

Given all the hoopla there seems to be a marginal difference in call dropout rates.

Yes, but what about my iPhone4?

Apple is giving every iPhone 4 owner a free bumper case that prevents users from placing their hand over the troublesome bottom-left corner of the iPhone 4.

Customers that have already purchased a case will receive a refund and a free case will be provided to every new customer until September 30.

Customers will be able to apply for a case through Apple's website from next week.

Also, any customer who has purchased an iPhone 4 has 30 days to return it for a full refund.

After September 30, Apple will reevaluate the situation and make a decision as to whether the free case will continue to be provided.

The iPhone 4 will be available in Australia from 30 July 2010. A bumper case will be made available to Australian purchasers.

Flanked by senior Apple vice presidents Tim Cook and Bob Mansfield, Jobs allowed a short Q&A at the end of his presentation.

While Jobs handled questions with ease, Mansfield flailed, giving a fluffy non answer when questioned about why even the smallest touch can effect the signal reception.

In contrast, when Jobs was asked if Apple knew of the iPhone 4's signal issues, as suggested in an article by news service Bloomberg, Jobs called the Bloomberg story "crock" and "total bulls---".

Signalling a further change in the usually locked down Apple communications strategy, Jobs also admitted that his engineering teams were looking into issues with the proximity sensor.