Apple hardware refresh: this time it's about keyboards Apple has updated the MacBook Air and iPad Pro, with both devices getting the new Magic Keyboard that the company introduced with the 16-inch MacBook Pro in response to harsh criticism of prior console variants that were prone to malfunction.

The Magic Keyboard features a redesigned scissor mechanism with one millimetre key travel, and the arrow keys arranged as an upside down T. 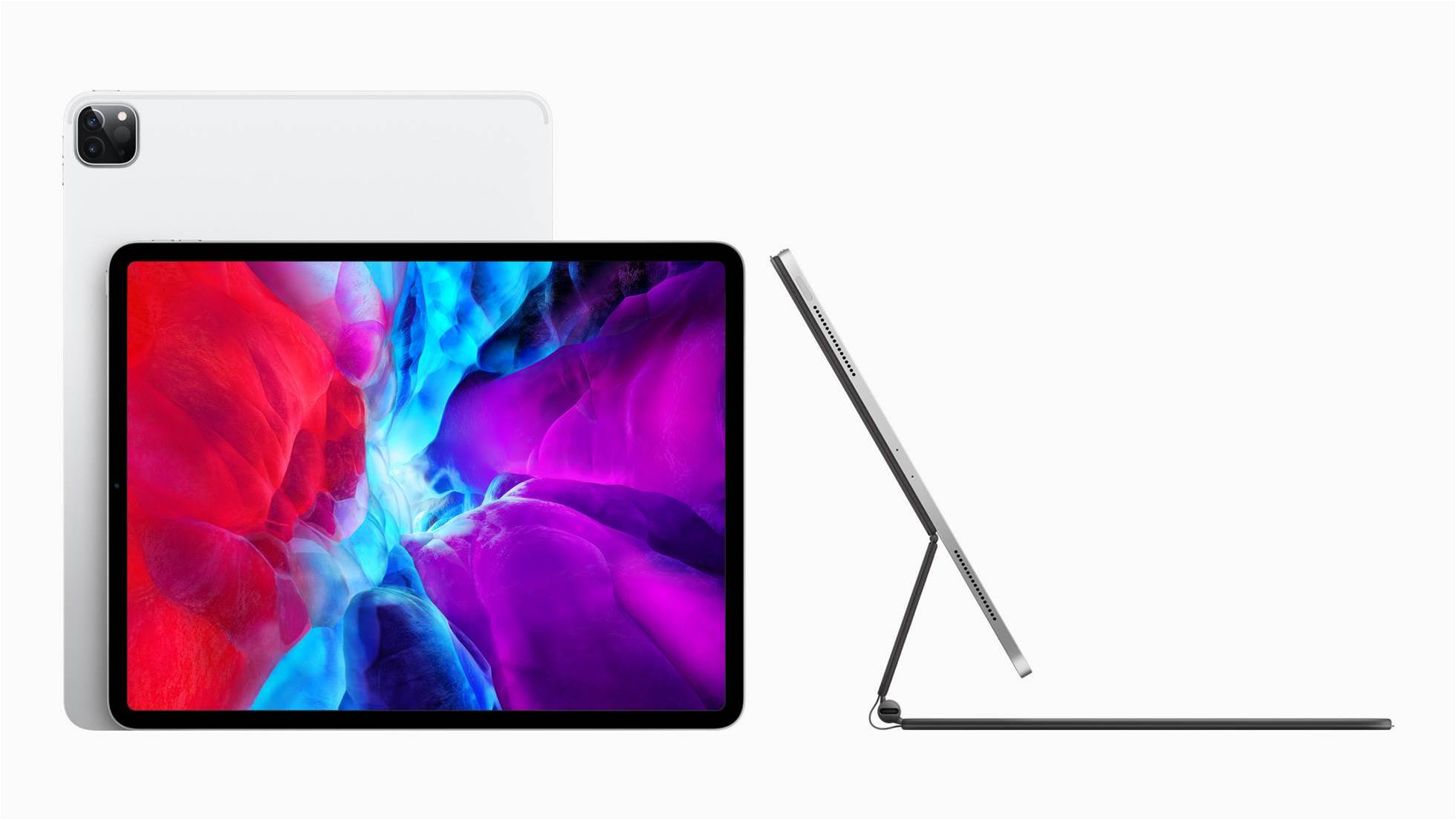 For the new iPad Pro, the full-sized Magic Keyboard will be a separate accessory costing A$499 for the 11-inch tablet, and A$589 for the 12.9-inch device and isn't available until May this year. Apple claims the Magic Keyboard works equally well on a desk or in the lap, with a floating design and cantilevered hinges that allow for stepless adjustments of viewing angles, up to 130 degrees.

Taking the iPad Pro closer to laptop territory, the Magic Keyboard also has a clickable trackpad, with support for the pointing device coming up next week in the iPadOS 13.4 operating system update.

In iPadOS the cursor controlled by the trackpad will be a circle that highlights user interface elements, text fields and apps on the iPad home screen and in the Dock, and not an arrow like in macOS.

Apple built the new iPad Pro around its A12Z Bionic chipset and not the A13 system on a chip that was introduced with the company's iPhone Pro range of smartphones.

The A12Z is a 64-bit chip with eight processing and eight graphics cores fabricated using seven nanometre wafers, and is based on Apple's in-house ARM architecture design.

While battery life remains unchanged at up to 10 hours, Apple is promising faster 802.11ax  WiFi 6 and LTE Advanced network for the iPad Pro, with an increased number of cellular bands supported. The iPad Pro also gets an improved dual-camera system with a f/1.8 12 Mpixel wide that can shoot 4K movies at up to 60 frames per second, and an f/2.4 10 Mpixel utlra-wide lens with two times optical zoom.

For the front TrueDepth camera, Apple went with a 7 Mpixel unit that can shoot up to 1080p video.

Unique this for the iPad Pro in Apple's range of devices, the tablet comes with a Light Detection and Ranging (LiDAR) sensor for distance and depth measuring up to five metres. Apart from measurements, the LiDAR scanner can be used for augmented reality apps which will get automatic support for the technology through Apple's ARKit software development set of tools.

Apple is aiming the iPad Pro at content creators and has added five microphones claimed to of studio quality for audio recording, and four speaker sound.

Both are True Tone displays with P3 wide colour gamut and 600 nits brightness that are capable of 120 Hertz refresh rate for smoother animation.

The iPad Pro will hit stores next week and starts at A$1329 for the 128 gigabyte storage 11-inch model with WiFi only, reaching A$2429 for the top end configuration with 1 TB storage and LTE support added.

Video conference users might appreciate improvements to the MacBook Air audio, which now has a three microphone array for clearer voice capture for FaceTime calls, and better stereo speakers.

On the desktop and micro server side, Apple's Mac mini computer also got a refresh today.

Starting at A$1249 for a Mac mini with 8 GB memory and 256 GB storage, the small form factor computer has four Thunderbolt 3 ports, two Universal Serial Bus 3 connectors, and support for WiFi 6 and up to 10 Gbps Ethernet networking, and HDMI 2.0 video output.

Mac mini users with deep pockets can configure the computer system with a 3.2 GHz six-core Intel processor, 64 GB memory, 2TB storage and the 10 Gbps wired networking option for a facile A$4,599.00 including GST.