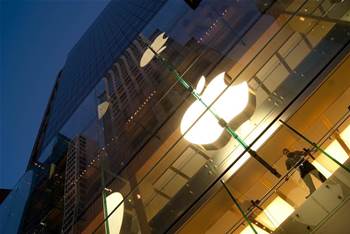 But says "just a few" US stores to follow.

Apple chief executive Tim Cook has said the Silicon Valley stalwart plans to reopen its Australian and Austrian retail stores within “one to two weeks” as social distancing restrictions begin to lift.

Cook said in an interview with Bloomberg that “just a few, not a large number” of stores in the US will follow suit in the first half of May.

Apple initially closed all of its retail stores outside China in mid-March for what it hoped would be a two-week period, which has since ballooned to well over a month and forced the release of the iPhone SE 2 to be largely limited to online sales.

It comes as a number of jurisdictions around Australia move to lift social distancing measures on the back of consistently lowered COVID-19 transmission rates, as policymakers seek to kickstart the flagging retail sector.

Queensland is a notable market for lifting restrictions on ‘non-essential shopping,’ which ostensibly covered buying a new iPhone.

Meanwhile, the reopening of the company’s US stores will be driven by local data, Cook told Bloomberg, with decisions made “city by city, county by county, depending on the circumstances in that particular place”.

Apple’s announcement coincided with the release of its second quarter financial results, where softer phone sales were buoyed by record growth wearables and a record US$13.3 billion revenue in its services division.

Total revenue for the quarter reached US$58.3 billion, an increase of just 1 percent on the previous corresponding period.

“Despite COVID-19’s unprecedented global impact, we’re proud to report that Apple grew for the quarter, driven by an all-time record in Services and a quarterly record for Wearables,” Cook said in a statement.