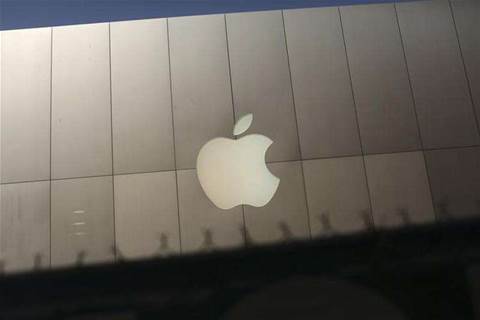 Ireland won't be US' 'whipping boy'.

Occupying a single floor of a three-storey building in a suburban Dublin office park, Western Union's offices are notably modest for the international headquarters of the world's largest money transfer firm.

The set-up is typical of swathes of US companies using Ireland to cut their tax bill. An analysis of Irish and USfilings shows that more than 40 percent of Standard & Poor's 500 have registered subsidiaries in the country.

That nexus, which has created over 100,000 jobs for Ireland, was laid bare when the US Senate revealed that technology giant Apple had paid little or no tax on tens of billions of dollars in profits channeled through the country.

Ireland, which has courted US business for decades, rejects the Senate's claims that it is a tax haven, but the case has damaged its reputation as it seeks to emerge from an EU-IMF bailout and its export-focused economy dips back into recession.

Company documents in Ireland and filings in the United States shows that many firms have multiple units in Ireland, where corporate income tax is 12.5 percent - about a third of the top US federal income tax rate of 35 percent.

In many cases, several subsidiaries are registered at the offices of Dublin-based law firms.

In Western Union's case, Unit 9, Richview Office Park houses 11 of its 12 Irish subsidiaries. The company made 92 percent of its pretax income outside the United States last year, although a fifth of its staff work in the country.

That allowed the Colorado-based company to cut its effective tax rate to 12.2 percent - about average for a large US company.

Companies, investors and some lawmakers argue it is a firm's duty to keep its tax bill as low as possible so it can invest to grow and return money to shareholders. Western Union said it pays full tax on all profits earned in Ireland.

"The (Irish) tax rate is not that relevant, because nobody pays 12.5 percent," said Jim Stewart, a professor at Trinity College Dublin who specialises in corporate finance and taxation.

"It's about the ease of incorporation, the ability of Irish corporate law and tax law to fit in with IRS (Internal Revenue Service) requirements, and the flexibility that is shown by the Department of Finance and Revenue to any of the multinationals' needs. If they have a problem, the law will be changed."

A spokesman for Ireland's Department of Finance said it did not change laws to suit multinational companies and that its focus was on the local economy.

"In each Budget and Finance Bill the government introduces a range of measures to support key sectors in the Irish economy," the spokesman said in an emailed statement.

Ireland's Office of the Revenue Commissioners, which assesses and collects taxes, said in a statement it did not do special deals on tax rates for any company.

Apple's ability to pay tax of just two percent of its US$74 billion in overseas income over the past three years hinged on an unusual loophole in the Irish tax code that allowed it to channel profits into Irish-incorporated subsidiaries that had no declared tax residency anywhere in the world.

US rules that allow companies incorporated abroad not to pay US taxes complemented the arrangement.

Apple, which employs about 4000 people in Ireland, is just one of many companies that route money through the country to cut taxes on company profits and fund investments.

PepsiCo Global Investment Holdings, which provides financing to other companies in the drinks group and is one of 14 Irish subsidiaries, made a profit of almost US$6 million in 2011 and paid tax of US$215 to Curacao, giving it a rate of 0.004 percent, Irish company records show.

A spokeswoman for PepsiCo said it fully complies with the tax laws where it operates and pays all taxes owed.

Company records also show that an Irish holding company of medical device manufacturer Boston Scientific, one of the country's top multinational employers, paid US$60 million tax on profits of US$1.4 billion in 2011, or about four percent.

Pharmaceutical company Bristol-Myers Squibb said in US Securities and Exchange Commission (SEC) filings that it had favourable tax rates in Ireland and Puerto Rico under grants not scheduled to expire before 2023.

Ireland's Office of the Revenue Commissioners said it did not comment on the tax affairs of individual companies.

At least 206 of America's largest 500 companies by market capitalisation have one or more subsidiaries in Ireland.

Drugmaker Pfizer leads the way with 32 Irish-registered companies. Pfizer makes some of it drugs in Ireland, employs 3200 people and has invested US$7 billion there in the last 45 years. It did not reply to request for comment on the number of subsidiaries it has in Ireland.

SEC filings also showed hundreds of S&P 500 subsidiaries are based in the Netherlands and Luxembourg as well as more opaque jurisdictions such as the British Virgin Islands and Bermuda.

It was not clear to what extent companies' Irish units contributed to reducing their tax bills.

Companies can opt to declare only "significant subsidiaries" to the SEC, and some have names unrelated to their parent, making it hard to pin down exactly which ones have an Irish presence.

The 14 members of the S&P 500 that have 10 or more companies incorporated in Ireland have between 77 and, in the case of Pfizer, 655 declared subsidiaries worldwide.

More than half of those companies employ 600 or more people across Ireland. Stanley Black & Decker, which has a tax office in Dublin and a services centre in Cork, employs 58 people at its 15 Irish-registered subsidiaries.

Irish lawmakers are reluctant to dig any deeper. They opted earlier this month not to interview multinational firms at tax hearings, a move critics said was protecting companies that don't pay their fair share of tax.

"I think politicians are afraid of the multinationals," said Pearse Doherty of the left-wing Sinn Fein opposition party, who led calls for multinational bosses to face parliamentary grillings similar to those in the United States and Britain.

"They're afraid ... that they will pull out of Ireland. It seems as if they are on bended knee. It reminds me of the Celtic Tiger era when the bankers ruled the roost."

With the country's unemployment rate just under 14 percent, almost three times where it stood five years ago, such concerns are understandable. About 700 US firms account for 115,000 of the 1.8 million Irish residents who have hung onto their jobs.

The positive impact of international companies can be seen in the once derelict area of Dublin's docklands, now dubbed Silicon Docks, where Google and Facebook's offices sit next to the country's largest theatre, newest five-star hotel and modern apartment blocks.

Ireland's government insists its tax rate is transparent and other countries are to blame if the tax paid by companies like Apple is too low. The finance minister said Ireland would not become the US Senate's 'whipping boy' on tax.

"Ireland is not some kind of 'get-rich-quick' scheme for Americans," Peter Keegan, president of the American Chamber of Commerce Ireland told its annual Independence Day lunch.

Keegan, who is the head of Bank of America Merrill Lynch in Ireland, described the recent criticism as being based on "vague accusations" and "a poor understanding of global commerce".

But for every Intel or Pfizer employing significant numbers in Ireland, there are many that bring few jobs with them, like reinsurer XL, which shifted its parent holding company to Dublin from the Cayman Islands in 2010 and employs 57 people in Ireland.

A spokeswoman for XL said it did not reincorporate to Ireland to reduce its tax bill and its worldwide effective corporate tax rate has been largely unaffected by the move.

But Ireland cannot escape the stigma attached to the "Double Irish Dutch sandwich", an arrangement where an Irish-registered entity cuts its taxable profit by paying a Dutch affiliate, which then pays a subsidiary in a tax haven.

Almost three-quarters of the 206 firms identified as having Irish subsidiaries also had one or more Dutch units.