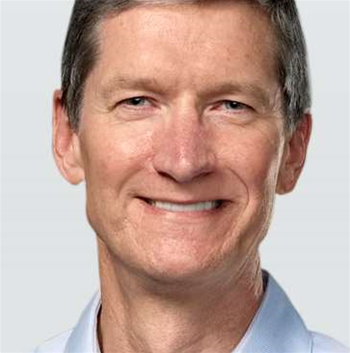 It will just live in the shadow of tablets.

Apple CEO Tim Cook has predicted that it's only a matter of time before tablets supersede PCs in market size and says he prefers self-cannibalisation to rivals doing it.

The company has sold 55 million iPads since March 2010, making it the fastest growing Apple product in history.

Apple staff, with "shades pulled so no one could see us", began using the device well before launch and Cook was quickly convinced the tablet form factor would win out over PCs.

"From the first day it shipped, we thought that the tablet market would become larger than the PC market and it was just a matter of the time it took for that to occur. I feel that stronger today than I did then," said Cook, according to a transcript by MacRumors of his speech at Goldman Sachs' technology conference.

That didn't mean PCs would die, said Cook, noting Apple's Mac still had some growth left in it -- merely that the tablet would supplant the PC as the larger market.

"I don't predict the demise of the PC, I don't subscribe to that. Given what we've seen, I believe the iPad is cannibalising some Macs but more PCs," said Cook.

While brushing aside other mostly Android tablet rivals, Cook said that Amazon's Kindle Fire will "sell a lot of units" because it was a different type of competitor.

On the other hand, cheap tablets that undercut the iPad's price offered consumers only momentary joy that centered on price, but not the pleasure of using the device.