ANZ releases ANZ Plus on Android 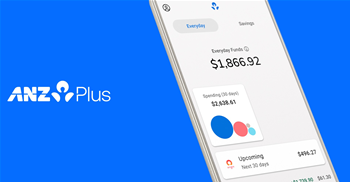 After launching iPhone banking in May.

ANZ Banking Group has released its new retail banking app, ANZ Plus, to Android users, 11 weeks after it launched on iOS.

ANZ Plus is the first customer-facing proposition from the bank's ANZx transformation.

From today, Android users can join by scanning the QR code on the ANZ Plus website, or by accessing the app directly through the Google Play Store.

Managing director of design and delivery for ANZx, Peter Dalton, said the bank is “excited” to provide app access to a broader audience.

“Given Android is the most popular smart phone operating system in Australia, we’re excited to deliver our Android app today, opening ANZ Plus and its savings features, including great interest rates, to a wider customer base,” he said.

“With tools to help customers make financially healthy choices, a multi-goal savings account and coaches to provide expert support, ANZ Plus gives customers greater visibility and control over their finances.”

Features of the app include an everyday ANZ Plus account and a multi-goal ANZ Save account. However, customers won't be able to view existing ANZ accounts in the new app.

Customers can also talk to ANZ Plus coaches through in-app chat, with plans to release further features and functionality over the coming weeks.

Future capabilities include a digital home loan product, which ANZ plans to have in beta testing in late 2022, as part of phase two of the ANZ Plus platform rollout.