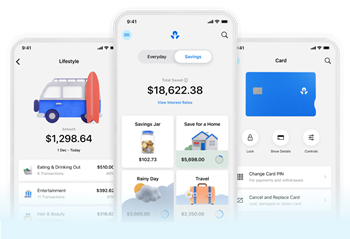 For Apple users first, with Android app to follow.

ANZ Banking Group has launched its customer-facing ANZ Plus app, the first product to be delivered via its major banking transformation program ANZx.

Customers with iOS 15 for iPhones are now able join ANZ Plus and access the new channel designed to assist with their savings, build healthy spending habits and offer financial coaching.

Android users still have to join the waitlist, but Apple users can join via scanning the QR code on the ANZ Plus website or through the App Store.

There are two new products in the service, an everyday ANZ Plus account and a multi-goal ANZ Save account, but customers won't see pre-existing ANZ accounts from the new app.

The bank is currently working to bring other ANZ products such as home loans into ANZ Plus.

ANZ said it will slowly migrate its customers across to the new product, rather than attempt to support both systems at the same time.

This is to avoid introducing complexity back into the newly-developed platform.

Speaking at the ANZ Plus launch CEO Shayne Elliott said “this is not a traditional core banking replacement” but rather “a step ahead”.

“What we've done instead is design a new retail bank without the constraints of existing technology, a retail bank focused on improving the financial wellbeing of our customers," he said.

“We've gone from this technology stack that was frankly inflexible, slow and extremely costly to maintain to our new Plus platform that is nimble, adaptable, and cheaper could run. We've improved the quality of the data and we've simplified our products.

“To the paint the picture, the simpler Plus service has already eliminated 58 service activities currently performed manually by our people already.

“It means we're going to be 30 percent more efficient in the back office and lead to a 45 percent reduction of complaints.

“We've also reduced the time it takes to onboard a new customer from three to five business days to three minutes.”

Elliott said the new ANZ Plus platform “will deliver more than 100 features across the next few months “like joining a bank with a foreign passport or enabling our customers to see real time expense predictions”.

“Previously, we would struggle to launch one new feature per month.”

ANZ partnered with companies including Salesforce, Atlassian and Twilio “to build a platform for the future.”

ANZ customer experience business lead Peter Dalton said ANZ used Salesforce to help modernise its customer data, given “some of the technology and platforms we had in the bank were built in a different age”.

Towards the end of the year ANZ is expected to become a Consumer Data Right data recipient, when it introduces its home loan product as part of phase two of the ANZ Plus platform rollout.

Ahead of the launch ANZ also announced it is re-merging its digital and retail divisions into one unit as ANZ Plus will now become part of the combined ANZ Retail division.

The changes will also see Elliott take charge in the interim of a new division aimed at building future opportunities following the split its Australian commercial business.