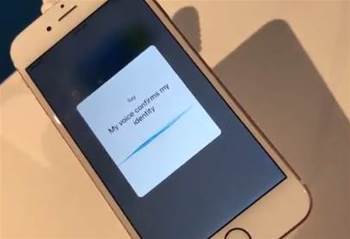 In-house at the bank.

ANZ Bank has developed an algorithm that identifies harmful misuse of payment fields in transactions to harass or abuse victims.

The bank's financial crime team developed the algorithm to prevent its digital payment services being used to send abusive messages.

“In some instances, this algorithm has identified potential imminent threats to life and those high-risk cases have been escalated to ensure that authorities have been able to take action,” the spokesperson said.

“This algorithm recently identified an individual who has sent repeated abusive and threatening payment messages to a victim.”

After being identified as a repeat offender, an internal investigation took place, ultimately resulting in the individual being apprehended by law enforcement, the spokesperson continued.

ANZ is a founding member of the AUSTRAC led Fintel Alliance formed in 2017 to strengthen the finance industry’s capability to tackle such issues and support police investigations.

The bank reported it managed to block 10,000 abusive transactions from 6800 individual customers in March alone.

NAB’s method prevents payments made in its banking app with offensive words from being processed until the message has been amended.

Westpac also now runs data analytics across payments to detect "subtle threats and patterns of abuse" in description fields, while the Commonwealth Bank has built machine learning models to scan for abusive patterns of behaviour.

For counselling, advice and support call MensLine Australia on 1300 789 978 or www.mensline.org.au. In an emergency or if you’re not feeling safe, always call 000.