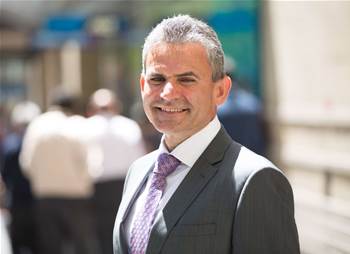 ANZ Bank's newly-christened head of technology has hinted at plans to significantly boost the use of cloud computing at the bank and increase its adoption of agile software development.

Gerard Florian has joined the bank after a long career at service provider Dimension Data.

His fondness for cloud services is unsurprising given the five years he spent with DiData in the upper ranks of its infrastructure-as-a-service business, which offers everything from private, hybrid, and public cloud solutions to cloud management, backup, security, and migration tools.

Florian has served on ANZ Bank's techology steering committee as an advisor to the board since last October.

Speaking to ANZ's BlueNotes today following news of his appointment, Florian said he expected private cloud would play a much "greater role within ANZ" and the wider financial services market.

"Ultimately I believe the vast majority of applications will be delivered on some sort of private or public cloud infrastructure," Florian said.

He did not specify which areas of the bank would be likely to adopt such technologies, indicating it would be based on customer use cases and compliance requirements.

"They key thing is looking at ways to use some sort of flexible infrastructure to deliver different services to our customers."

In his new gig, Florian will answer to a CEO keen to advance the bank's digital agenda.

Since taking over the top role at ANZ this year, Shayne Elliott has overseen the appointment of a new digital chief, former Google AU boss Maile Carnegie, as well as ANZ's first-to-market adoption of Android Pay and Apple Pay - the latter much to the consternation of its banking rivals.

In response to Elliott's call for a "common, flexible and digital-ready infrastructure", Florian said the bank needed a "flexible" technology platform supported by agile development practices.

One of ANZ's first uses of the agile approach to software development was the release of its GoMoney iPhone application in August 2010. The practice has steadily grown in adoption since to include projects like ANZ's delivery of Apple Pay and Android Pay.

"[Given priorities change and] the market is more dynamic now than ever ... it doesn't make sense to have resources locked up in one particular area," Florian said.

"How do we have a platform of compute and storage and other resources that can be used where it's needed today, possibly redeployed tomorrow, maybe shared across business units?

"So moving away from that inefficient use of resources to a far more efficient approach through that flexible platform."

It is unclear what this will mean for ANZ Bank's notorious core banking platform.

The bank has opted against following rivals and overhauling its CSC Hogan-based core banking platform, in favour of transforming its online and mobile channels. The Hogan technology was superseded in 2010.

Former CIO Scott Collary - who will leave the bank later this month after his role was made redundant by Florian's appointment - has argued that the tools on offer with the new IBM mainframe negated the need to replace the core system of record.