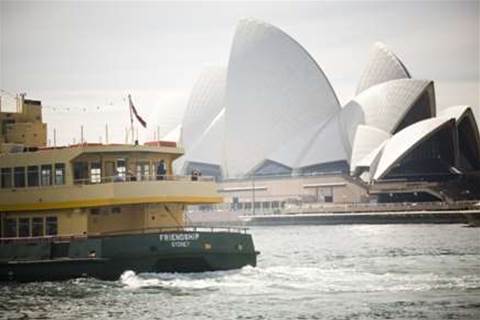 ANZ bank has partnered with CafeScreen to offer free Wi-Fi access at 100 Australian cafes, train stations and ferries until the end of January to advertise its new online banking site.

For these initiatives, ANZ has partnered with CafeScreen, which already offers WiFi services at a number of cafes and public spaces. Ruwan Weerasooriya, CEO and founder of CafeScreen told iTnews the company uses a range of ISPs to spread its risk. He said the Southern Cross Station campaign will most probably use the DSL and 3G networks of Telstra, Optus and iiNet.

In January 2010, ANZ will offer customers of Sydney Ferries their first taste of free Wi-Fi access as they travel to work.

The free Wi-Fi access, available for only one month in each location, is being used as an "above-the-line" advertising campaign to raise the profile of ANZ's online banking website.

Users are asked to agree to terms and conditions before being redirected to ANZ's new banking site.

"We are offering free Wi-Fi access during the next four months in these high-traffic locations because we recognise people are increasingly time-poor," said Louise Eyres, group general brand manager at ANZ.

"This is just one way we can provide convenient and simple online access to people so they can do their internet banking, surf the net or have access to other online services while they are travelling or having lunch or a coffee."