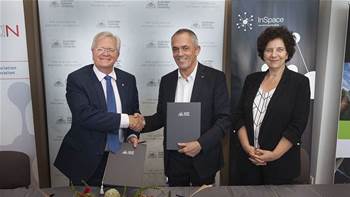 The Australian National University has entered into partnerships with the French National Space Agency (CNES) and other educational and research institutes to strengthen international collaborative research efforts.

Two other memoranda of understanding were also signed with Paris Sciences et Lettres (PSL) research university and the French National Centre for Scientific Research to facilitate staff and student exchanges.

The agreement between ANU and CNES complements an existing relationship with NASA, and will develop a framework to “conduct and implement cooperative activities in space and to facilitate the exchange of personnel,” the university said.

ANU last year launched the InSpace institute at Canberra’s Mount Stromlo Observatory to focus its efforts into the technology, science and law that inform commercial and national activities in space.

The MoU with PSL provides the footing for the development of an ‘ANU-PSL Launchpad’, a joint venture that will see PSL opening an office at ANU and establishing stronger ties between the two universities.

Deputy vice-chancellor (research and innovation) at ANU professor Keither Nugent added that the research won’t just be limited to space sciences and engineering, but will span the gamut of the universities’ faculties including arts, social sciences and business.

The final MoU, signed with the French National Centre for Scientific Research, will support a co-funded PhD program between the institutions.

The agreement signings were held at the opening of the second Franco-Australian Science & Technology Meeting, a government-to-government symposium to design the roadmap for collaboration in science and technology between the two countries.