Space institute lifts off at ANU 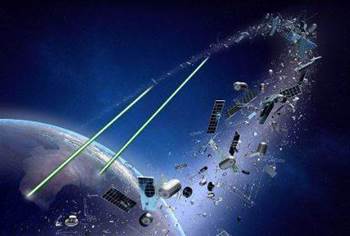 The InSpace institute will also serve as vehicle for the university to co-invest with industry and government partners across a range of disciplines, including the new Australian Space Agency.

ANU has already supported previous astronomical and space initiatives, including partnerships with NASA, the European Space Agency, and the local observatories at Mount Stromlo and Siding Spring.

Federal minister for Industry, Science and Technology Karen Andrews officially opened the new facility today at Parliament House, saying the institute will be a bridge between academia and industry.

ANU vice chancellor professor Brian Schmidt said the InSpace institute will help tackle the legal and social challenges presented by a growing space economy and the rapid development of its associated technologies.

"ANU has been Australia's leading astronomy institute for decades, and we're now looking to combine that scientific expertise with the work we're doing in physics, computing, quantum mechanics, and law," Schmidt said.

"The new institute will be the front door to space activities and capabilities across the university, including technology R&D, science missions, space test facilities, commercial space law, and business and finance initiatives relating to space.”

Professor Anna Moore, from the ANU Research School of Astronomy and Astrophysics, has been appointed as the head of the new institute.

Moore said she and her colleagues from across the university, especially the law, public policy and national security research areas to make sure regulation and policy can catch up to technology that didn’t exist when space exploration first took off.

"Law, in any situation, needs to be able to offer a regime that protects from harm but does not stifle innovation," Dean of ANU College of Law professor Sally Wheeler said.

“To do this when technology is constantly changing and harms and benefits are difficult to calculate is extremely difficult. Lawyers and scientists have to be able to talk to each in terms that both can understand in order to shape regulation going forward."

The government expects Australia’s space economy to triple in size by 2030, reaching $12 billion and creating an additional 20,000 jobs.