Another tough quarter at Optus as net profit falls 17 percent 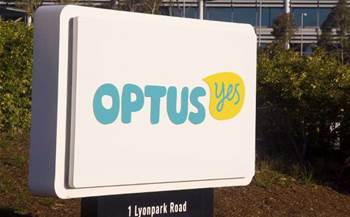 Optus has posted a third quarter of declining net profit for its fiscal 2017 year, continuing to pin the blame on regulated fee cuts and higher costs associated with device repayment credits.

The addition of 153,000 mobile customers to reach 9.57 million - thanks in part to its English football league offering - was unable to offset the impact of the ACCC's mandated cut of mobile termination rates early last year.

Optus has consistently blamed the fee reduction for its performance this financial year, and this quarter put the impact of the drop at $187 million. The cuts also dragged parent SingTel's quarterly operating revenue down 2 percent to S$4.41 billion (A$4 billion).

As with the previous quarter, the telco again also singled out the $78 million impact of higher service credits associated with device repayment plans for the drop in net profit, and 10 percent fall in operating revenue to $1.8 billion.

It started offering the credits for higher-value, predominantly 24-month contracts in February 2015, meaning the impact will continue to be felt on its financial results for at least another year.

Parent SingTel said it was still expecting Optus mobile service revenue to decline by mid-teens for its full financial year as a result of the ACCC fee cuts and heightened competition in the sector.

Optus' fixed business performed well, with operating revenue up 3 percent thanks to demand for its home entertainment and NBN plans. The telco has 192,000 NBN customers and 1.13 million broadband customers at last count.

It added an extra 272,000 new customers to its 4G network this quarter to reach 5.54 million users, and 58 percent of its overall mobile base.