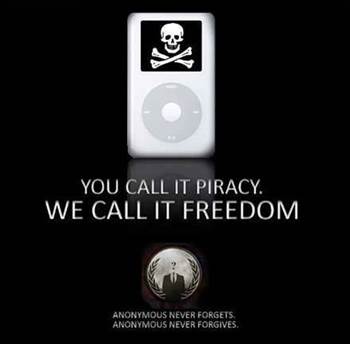 A United States Grand Jury has indicted thirteen members of hacking collective Anonymous for their part in the 2010 to 2011 mass denial of service and hacking campaign against multinational companies, government agencies, financial institutions and individuals.

Among the targets in "Operation Payback" in 2010 were the Australia Federation Against Copyright Theft (AFACT) that had its site taken down along with 8,000 others hosted by Netregistry.

Controversial and now defunct law firm ACS:Law that sent out copyright infringement notices demanding payment on threat of going to court, was also hit, together with intellectual property rights enforcement firm Aiplex, which itself is said to have used denial of service attacks against sites with offending content.

They were charged with conspiracy to intentionally cause damage to a protected computer, according to the indictment filed at the district court for the eastern district of Virginia.

The indictment alleges the thirteen, aged between 21 and 65, used the Low Orbit Ion Cannon (LOIC) distributed denial of service software tool to launch coordinated cyber attacks against web sites, and encouraged others to do the same.

Collins had an earlier case against him for taking part in denial of service attacks in 2011 against PayPal, which refused to process payments for Wikileaks. He and thirteen others in the PayPal 14 group will appear in a federal court in California later this month.

It is not currently known what punishment or penalties the thirteen face if convicted.

Anonymous "Operation Payback" indictment in the District court of Virginia