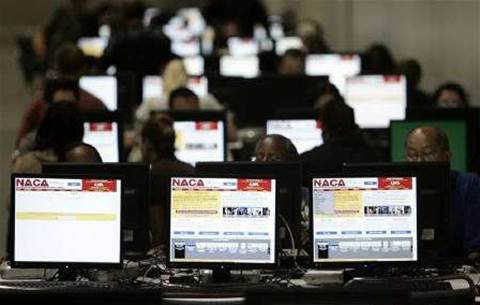 Biggest year for venture capital since 2000.

The tantalising prospect of finding the next Facebook, Groupon or Twitter is driving the biggest rush of venture capital into the Internet start-up arena since dot-com mania first boomed and then fizzled more than a decade ago.

More than US$5 billion of venture capital investment flowed into young web companies globally in the first four months of the year, data from Thomson Reuters Deals Intelligence shows.

Though small compared with the boom years, the sum puts 2011 on track to be the busiest in dollar terms since 2000, when more than $US55 billion was deployed to back nascent technology firms.

The latest frenzy bears some of the hallmarks of the previous web investment craze -- exuberance over "concept" start-ups that have not launched their sites and intense competition among potential backers to place bets in presumptive hot spots, such as the social media space now defined by the likes of Facebook and LinkedIn.

Entrepreneurs such as Clara Shih, chief executive of Hearsay, a San Francisco-based specialty software provider, enjoy more leverage with investors than last time and talk about having their pick of potential backers. Shih said she had already raised US$3 million, when cash came knocking at her door.

"Honestly, we weren't thinking of raising money, but now it's kind of landed on our lap, we may be open to it," Shih said.

Herd investment behaviour gives rise to talk that another Internet bubble is forming, particularly when analysts see valuations on the order of US$70 billion for Facebook and US$15 billion for Groupon - calculated from private investments.

"I've heard ... many venture capitalists who are saying, 'No, there's not a bubble,'" said Dana Stalder, a partner in the Silicon Valley office of the venture capital firm Matrix Partners.

"When you're seeing valuations double in the last 12 months for the same company, the same team, it feels like a bubble to me."

But other characteristics of the current boom do set it apart from the one that ended in collapse 10 years ago.

Perhaps the most distinguishing factor from the "It's different this time" litany is that today's web frenzy is global.

Not so today. Of the more than US$5 billion of VC money invested so far in 2011, just US$1.4 billion has been deployed in U.S. start-ups. Roughly three quarters of the 403 deals have taken place elsewhere.

Moreover, it is the big deals happening outside of the United States. Of the 25 biggest consumer Internet deals last year, 15 were non-U.S. investments, according to Quid, a Silicon Valley research start-up that tracks VC investment flows. Nearly half, 12, were Chinese.

The investors as well as the start-ups have an increasingly international flavour. Perhaps the most notable new face among today's Internet king makers is Russian billionaire Yuri Milner, CEO of DST Global. Milner has invested hundreds of millions of dollars in Facebook, Groupon and Zynga. Last month his firm invested US$500 million in 360Buy,com, China's biggest business-to-consumer website.

While one of the distinguishing characteristics of the new boom is the tendency to remain private for a longer period, the IPO pipeline is nevertheless filling up with Internet names.

So far in 2011, 16 web firms have filed IPO documents with U.S. securities regulators, seeking to raise proceeds estimated at nearly US$4.1 billion, according to Thomson Reuters data. That already tops the full-year totals for every year except 1999, when 52 companies filed to raise US$4.2 billion.