Analysts: NBN Co the winner from any Telstra split 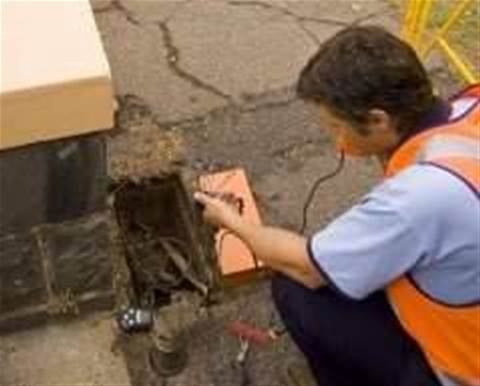 A trap has been set for Telstra's ducts and pipes.

While the initial shock of Senator Conroy's plan to corner Telstra into accepting structural separation was met with outrage from Telstra shareholders, there is a growing field of analysts that see the legislation working in Telstra's favour.

It is argued that the Federal Government is providing Telstra with a catalyst for change that the company's former management was not prepared to entertain.

Minister Conroy's objective is to gain access to Telstra assets for the National Broadband Network. But this is not necessarily a tragedy for Telstra.

The trap has been set such that Telstra CEO David Thodey's best option is to play along and agree to roll the carrier's network assets into the NBN. But just as the Government wins from a quicker and cheaper NBN build, Telstra might also win by gaining a return on its ageing assets, reducing the burden of regulation and allowing it to focus on higher margin revenue businesses such as its Next G Mobile and HFC Cable networks.

Christian Guerra, analyst for Goldman Sachs JB Were, said that of the options put before Telstra, the opportunity to migrate some of its assets to the NBN is the most attractive.

The most likely outcome, Guerra said, is for Telstra to migrate its passive network assets - physical infrastructure like ducts, pits and pipes, into the NBN.

Ducts, pits and pipes present a huge challenge for NBN Co. These facilities are expensive to build from scratch or otherwise difficult to negotiate access to.

Acquiring these assets from Telstra is a lot easier than attempting to merge Telstra's wholesale arm and integrate its active network into a NBN.

Neither a Telstra demerger nor a forced functional separation (in which Telstra would not be able to bid for 4G mobile spectrum) is as ideal, Guerra said, and should both be viewed as fallback options.

The analyst posed that Telstra, which was trading at just over $3.00 per share prior to the Government's announcement, could actually be worth more like $4.40 per share if it monetises its passive network assets via an asset sale to NBN Co.

Similar modelling by UBS Investment Research suggested that Telstra, sans its fixed line copper network, would still be worth between $3.30 and $3.60 per share.

Already, Telstra's share price has strengthened in the week since Conroy's announcement, now trading well over $3.25 per share.

Telstra's mobile and content businesses would be largely unaffected from such an asset sale - and most important, its fixed line services would still provide some level of profitability for a further eight to nine years.

It is important to remember that even if Conroy's bill is passed and Telstra chooses the structural separation option, the legislation gives Telstra until July 1, 2018 to comply with the requirement to structurally separate.

These proposed structural  separation provisions allow Telstra to "submit a voluntary undertaking that sets out the actions it will undertake so that by no later than 1 July 2018, or a date specified by the Minister, it will not supply telecommunication services to retail customers over a network that it controls."

The Minister has made clear that such a separation "may involve Telstra progressively migrating its fixed line traffic to the NBN over a period of time and under set regulatory arrangements, and for it to sell or cease to use its fixed line assets on an agreed basis."

That gives Telstra plenty of time to extract as much value as it can from its copper network.

Minister Conroy projects that within a decade, Telstra's copper network will be too old and expensive to maintain. While Telstra might disagree with this assertion, it is no doubt acknowledged within the carrier's ranks that with fixed line PSTN revenues falling, there is an inevitable end date around the corner for the copper gravy train.

Even if Telstra does not monetise its passive network assets, Guerra values Telstra at $3.70 per share, a slight improvement on today's price.

Guerra expects Telstra' incumbency will still have value, as the carrier will "look to aggressively lock-in customers" with attractive bundles and access to its high speed mobile and metropolitan cable networks prior to the NBN being built.