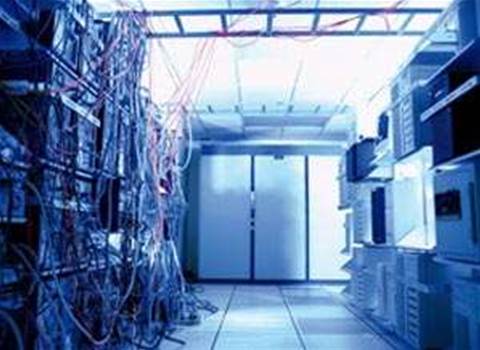 The Government will need to provide far more information about the proposed structure of NBNCo if it wishes the private sector to vend assets into it, according to a note by Macquarie Equities.

Discussing future strategic directions for Telstra, the Macquarie Equities research note provides detailed analysis around what options owners of telecommunications infrastructure should keep in mind when considering taking part in the Government's build-out of a National Broadband Network (NBN).

Macquarie Equities believes, as Senator Stephen Conroy has repeatedly hinted, that the Government intends to "utilise as much existing infrastructure as is feasible" to build the NBN, rather than relying too much on taxpayers and debt.

Specifically, Macquarie expects the Government to look at acquiring assets such as underground ducts, existing fibre networks and "possibly even exchanges" in a swap for equity in the national fibre network.

Telstra, the research note says, "has more of this infrastructure than anybody else."

"[Telstra's] fibre network is extensive, now linking all its phone exchange buildings, most of its mobile towers as well as extensive fibre rolled out for government and business requirements," the paper notes.

"In addition, Telstra has an extensive duct network over which it owns property rights - but is required to grant access to access seekers under the existing facilities access regime."

The note also names Optus, AAPT and Nextgen as strong players in terms of east coast fibre networks, also naming Amcom in the west and PIPE for backhaul.

The challenge for these companies, Macquarie says, is in being able to value their own assets when considering working with the Government, let alone calculating any future value of the company the Government will establish to build the network (hereafter referred to as NBNCo).

This is particularly complex, the analysts say, because the NBN has the potential to "distort existing economics and hence asset values" - especially if the Government prices at an "irrational level" for the greater social purpose of ensuring low-cost bandwidth connectivity to regional Australia.

"The catch for telco operators is establishing terms for vending infrastructure into NBN," the research note reads.

"We expect the Government will be open to swapping telco infrastructure for NBNCo assets, but much more reserved about making cash payments.

"The problem for telcos considering the option of vending in infrastructure is uncertainty over the underlying value of NBNCo equity."

Macquarie predicts telcos are "likely to be hesitant to commit to such a swap without confidence in the value of NBNCo equity."

Infrastructure owners have but three options, the research note said.

The first option is to establish a new company or trust for their assets, using that company or trust as a vehicle to contract services to NBNCo, without transferring ownership of the assets to the NBN.

It is a less favourable outcome for the Government, but a good one for telcos - as they get to participate in the NBN but leave risk in the hands of the Government.

The second option is if the Government, in an effort to convince infrastructure owners to vend in their assets to the NBN, offers to accept "subordinated returns" from its own investment in the short-term to improve the speed with which the private sector gets its return.

In other words, give the private sector a greater proportion of return on investment in the early stages.

The final option is for infrastructure owners to take a more conciliatory approach for fear of Government retribution.

"In some cases, it is likely that the telcos will end up agreeing to accept uncertain returns on NBNCo equity to avoid overbuild, or extensive regulation of existing assets," the report says.

"In the latter case, the business case comes from 'avoiding the stick' rather than a carrot from network investment returns."