Analyst: Chargeback too complex for most IT shops 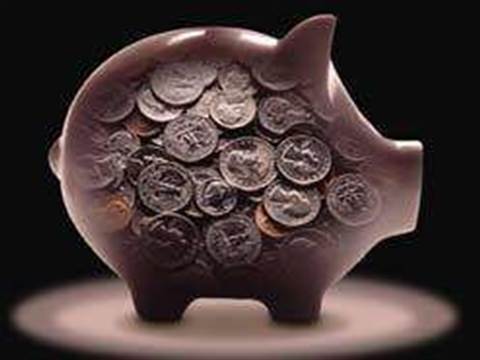 Fine in theory, difficult in reality.

The process of chargeback, in which IT departments bill individual business units for the precise amount of IT resources consumed in a utility-like fashion, has proven way to complex for most IT organisations, according to a Gartner analyst.

In recent years, chargeback has been recommended by many analysts as a more efficient means of allocating and accounting for IT resources.

It allows internal IT resources to be allocated and billed just as they might under the cloud computing model, in which processing, memory, I/O, operating platforms or applications are paid for on a per-use basis.

Software vendors such as VMware have included chargeback modules within their managment software suite to give those IT departments building "private clouds" the ability to offer this same "utility" style approach to providing services to the wider business.

But Gartner analyst David Coyle, who presided over a roundtable of Australian CIOs on the topic of "developing effective service level agreements" yesterday, said chargeback was not an effective tool in the quest for optimising IT operations.

"Most organisations aren't doing chargeback, and the ones that do struggle with it," he told iTnews.

"Most IT organisations I talk to are simply not mature enough, they don't have the metrics, they are very reactive. Chargeback adds overhead at a time when most organisations are being told to cut overhead. No one wants to hire accountants to handle chargeback."

Coyle said many CIOs find themselves chasing their tail when trying to come up with the right level of granularity to charge on.

Even if an IT department can identify which area of the business has exclusive use of which server, an argument could break out every time a rack is full and a new rack needs to be purchased.

"You would have a situation where every guy wants to be the second server on the rack, so they don't have to pay for the next rack required," he said.

Coyle acknowledges that the rise of the virtual machine has made the job ever harder - where there was "one client per box" for an application in the past, now there are workloads being dynamically allocated between hardware.

He doesn't expect the new chargeback tools coming onto the market to fully address the issue.

"Right now, the most popular chargeback tool people use is [Microsoft] Excel," he said. "And these other tools might be great for helping me with software utilisation, but they don't account for rack space, cooling or other hardware. You end up needing 15 tools to help track costs."

The biggest cost - staff - can also resist attempts to be forced into a "timecard" culture, he said.

Most organisations, he said, look at the effort involved in chargeback and settle for allocating costs in an approximated fashion. "Most tell me, I'm not gonna charge back to the penny, to figure out exactly is too hard. I'll approximate," he said.

"You might have five departments and charge each of them 20 percent. You have to say to them - I know its not 100 percent fair, but this is how I'm doing it. You'll never get down to the dime."

Read on to page two for Coyle's advice on developing effective SLA's...